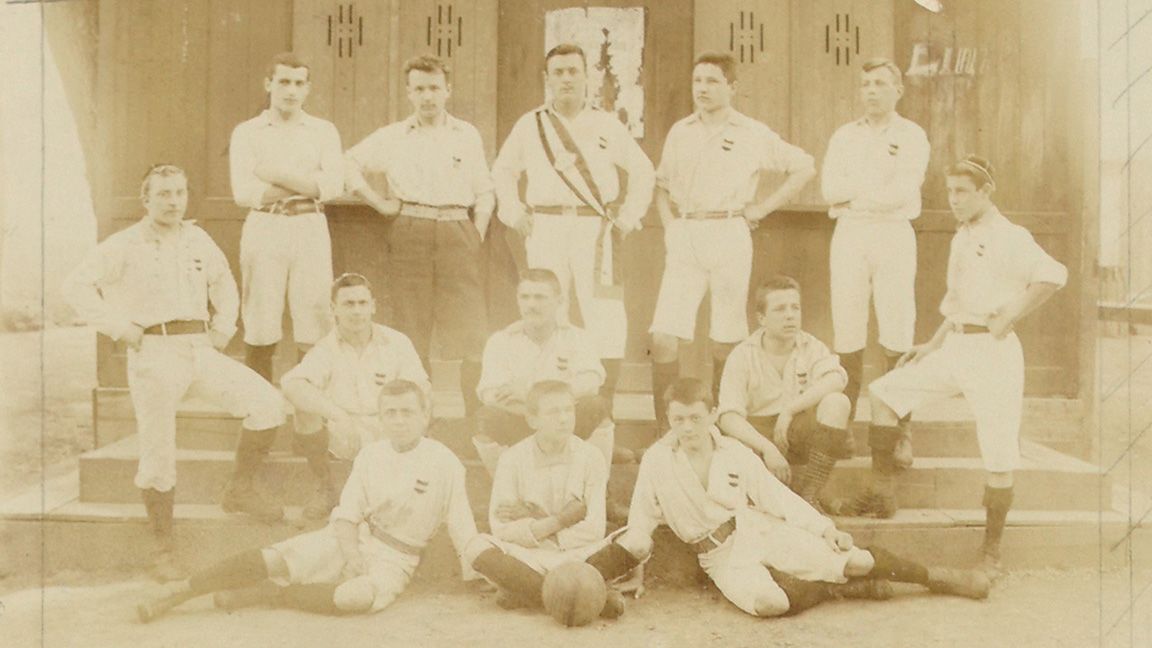 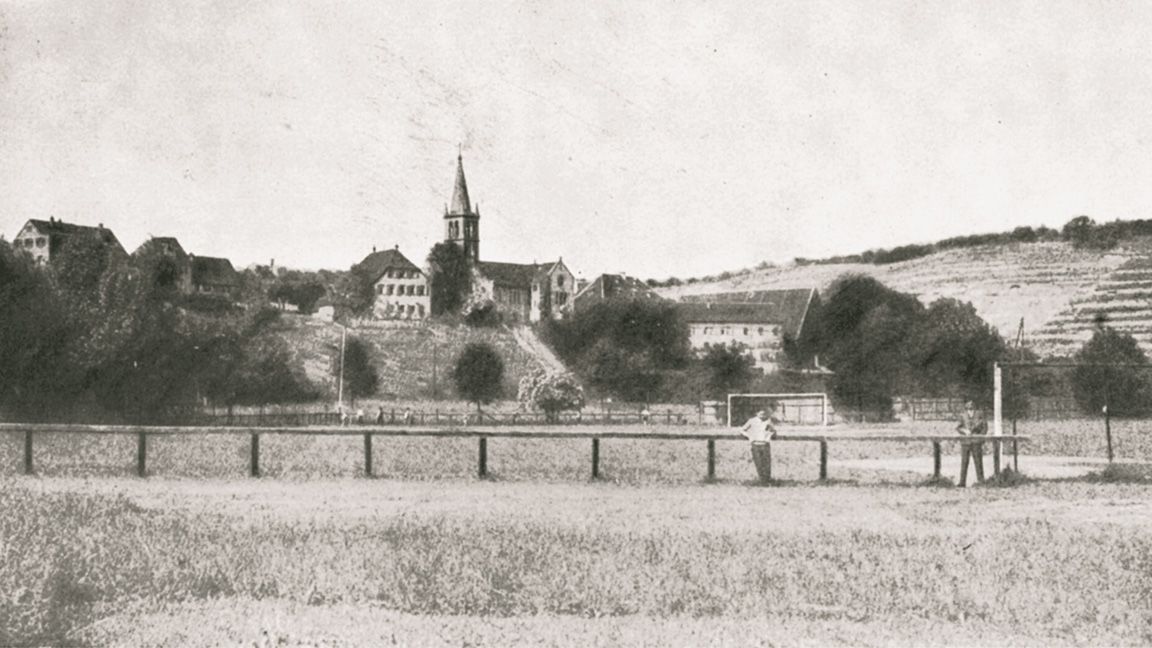 A view of the Münster pitch built in 1908 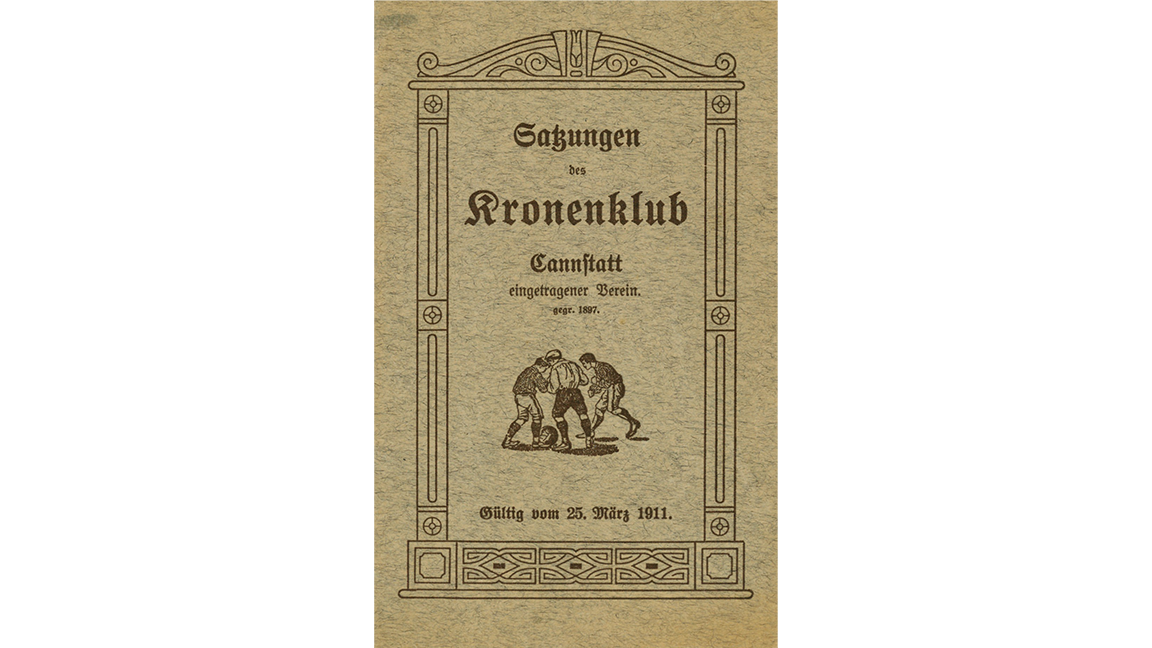 From Kronenklub Cannstatt – along with FV Stuttgart 1893 one of VfB’s two predecessors – only very little information is available. In some remaining photographs, some of the depicted Cannstatt football pioneers have been identified by name and from reports in various contemporary publications and subsequently created club chronicles, the sporting achievements and history of the ‘Kronenklub’ have been extracted. Unfiltered information on ‘Kronenklub Cannstatt’ is merely available from club statutes registered in 1911, which are now held in the VfB archives.

Initial ties between ‘Kronenklub Cannstatt’ and FV Stuttgart 1893 were formed in the summer of 1911. In the first lines of the oldest transmitted document from Kronenklub Cannstatt in the VfB archives, the clubs intention to enter the club into the sovereign register of associations at the time was noted. For that reason, the essential information on the structure and regulations of the club were recorded. Aside from the official date of establishment of Kronenklub – which from subsequent information taken from club news in the year 1952, cannot be confined any more specifically than September 1897 – the club’s location was registered as Cannstatt. Moreover, here there is an indisputable indication of the club colours of black-white-green, as well as mandatory “sportswear” for competitive games: “White jersey with a red collar and a black-white-green crest, with black shorts and black socks.”

The main function of the club, which in the meantime had become a member of the federation ‘Süddeutscher Fußballvereine’ (South-German Football Clubs) and the ‘Württembergischen Landesverband Leichtathletik’ (Württemberg State Federation for Athletics) was “the care and encouragement of football and grass sports, as well as track and field athletics, along with the nurturing of friendships and conviviality through social events”.

Furthermore, the statute determined playing regulations for members, such as a minimum membership age (14 years) and a membership fee of two Deutsch Marks, to be paid punctually on a quarterly basis. The tasks of the club administration, consisting of twelve board members at the time, were to be voted upon by the members and the agenda for annual assemblies to be presented in detail, whilst regulations on the already existing youth department were to be established.

On that basis, Kronenklub Cannstatt became a registered club on August 25th 2011. Less than eight months later, the club then fused with FV Stuttgart 1893 to become VfB Stuttgart 1893 e.V.

Until the year 1908 the Kronenklub battled it out on the often flood threatened Cannstatter Wasen, next to König-Karls-Brücke, (King Karl’s Bridge), before the club’s own members constructed an exemplary facility in Stuttgart-Münster.