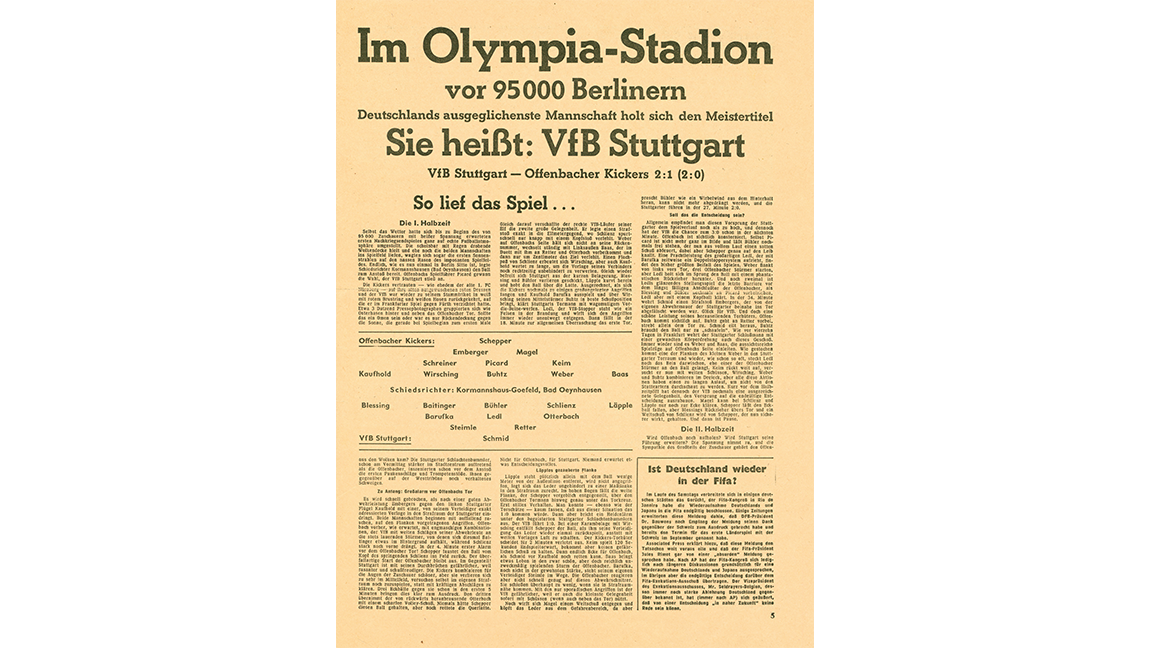 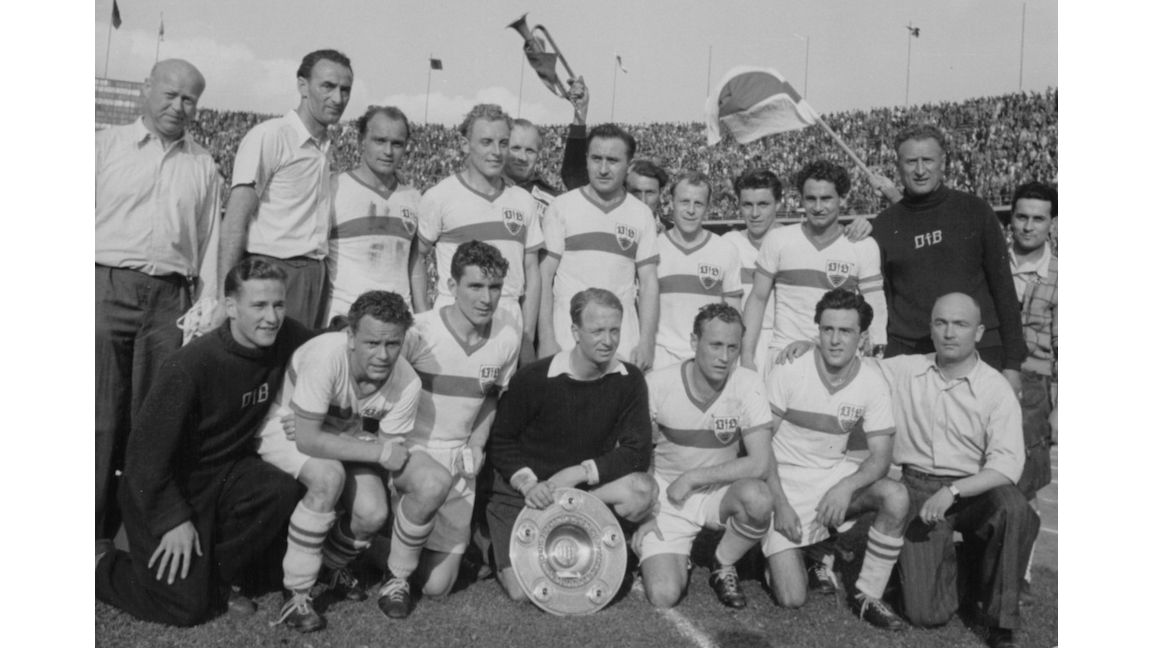 The White-Red champions with the trophy in Berlin’s Olympiastadion The presentation of the Silver Bay Leaf

At the end of three seasons, with VfB established in the top third of the ‘Oberliga Süd’, VfB claimed the German championship title for the first time in 1949/1950, with a 2-1 win in the championship final against Offenbacher Kickers. A crowd of 95,000 spectators in Berlin’s Olympiastadion saw Erwin Läpple and Walter Bühler score the decisive goals for the side coached by Georg “Schorsch” Wurzer.

The return to Stuttgart the following day was to become a triumphal procession: Hundreds of thousands lined the streets to celebrate the team’s success – pure enthusiasm, which was duly acknowledged by the press.

On June 28th, 1950 the team from VfB Stuttgart were bestowed with the ‘Silver Bay Leaf’, which had just previously been introduced by state president Theodor Heuss, at Bonn’s Viktorshöhe. The inaugural presentation of the award for exceptional sporting achievement in the still young Federal Republic of Germany was accepted by VfB president Dr. Fritz Walter and captain Otto Schmid.

The key to sporting success is the strategy implemented in compilation of the team. VfB predominantly opted for a combination of young and experienced players from the immediate region - lead on the pitch by VfB legends Robert Schlienz, Karl Barufka and Erich Retter – that proved homogenous and highly motivated as a unit, whilst delighting the fans with technically, high-quality attacking football. All this was achieved under the guidance of Georg “Schorsch” Wurzer, who took over as head-coach at VfB in 1947, moulding a talented group of players into a force to be reckoned with.

The title win was to prove the beginning of a Golden-Era for VfB in the 50s.