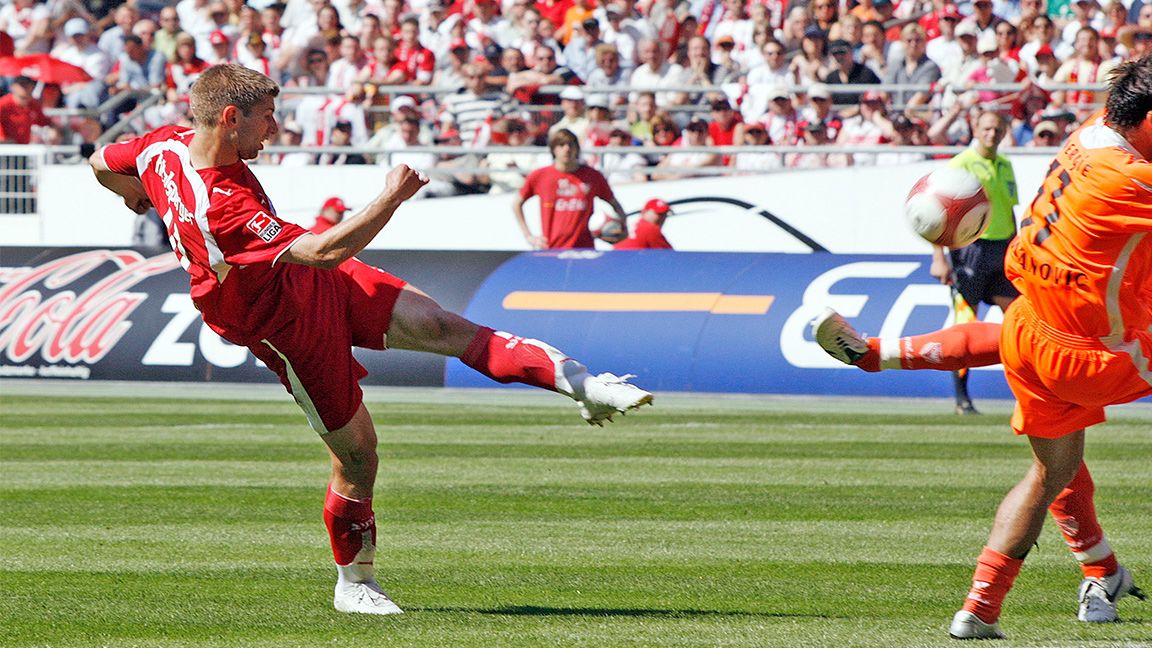 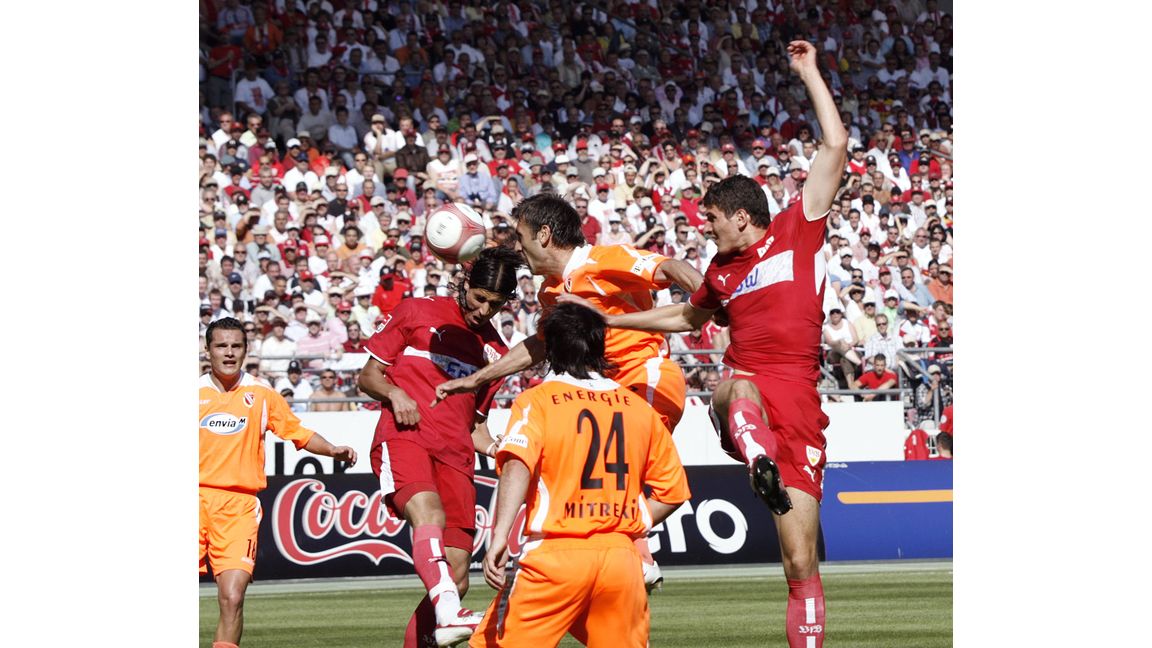 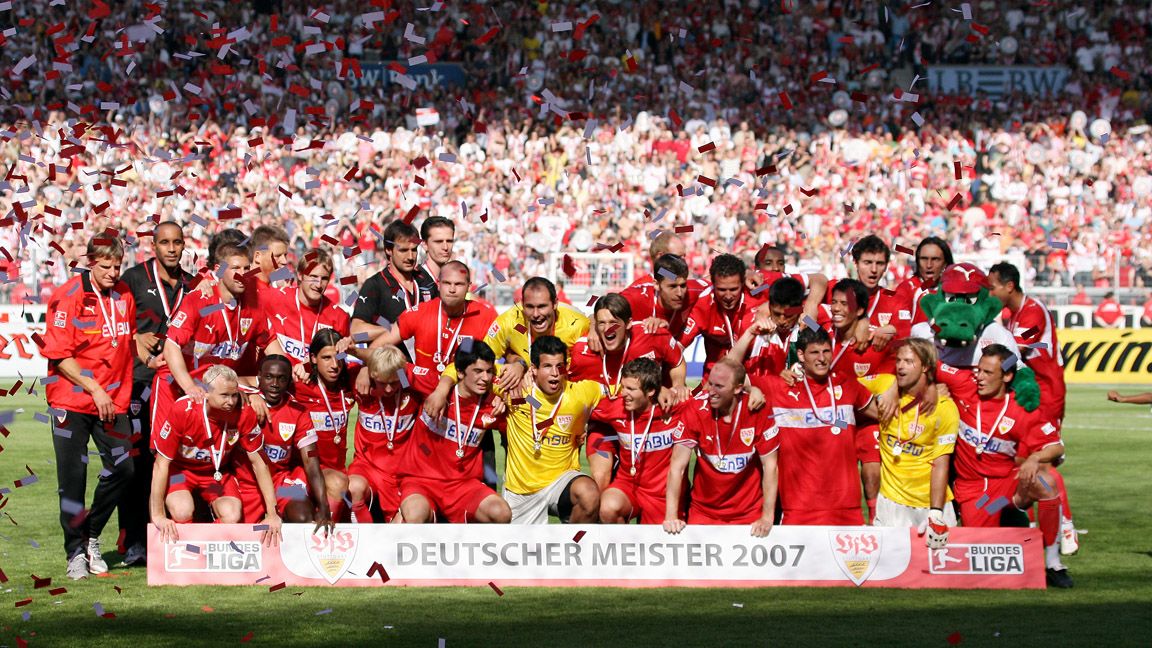 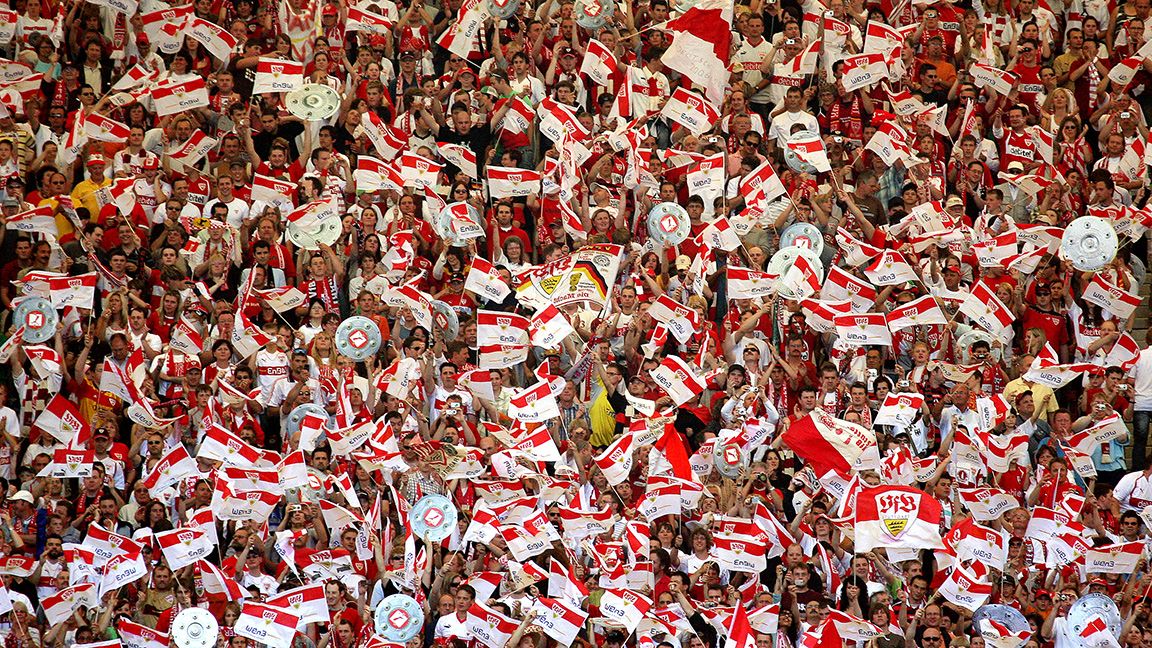 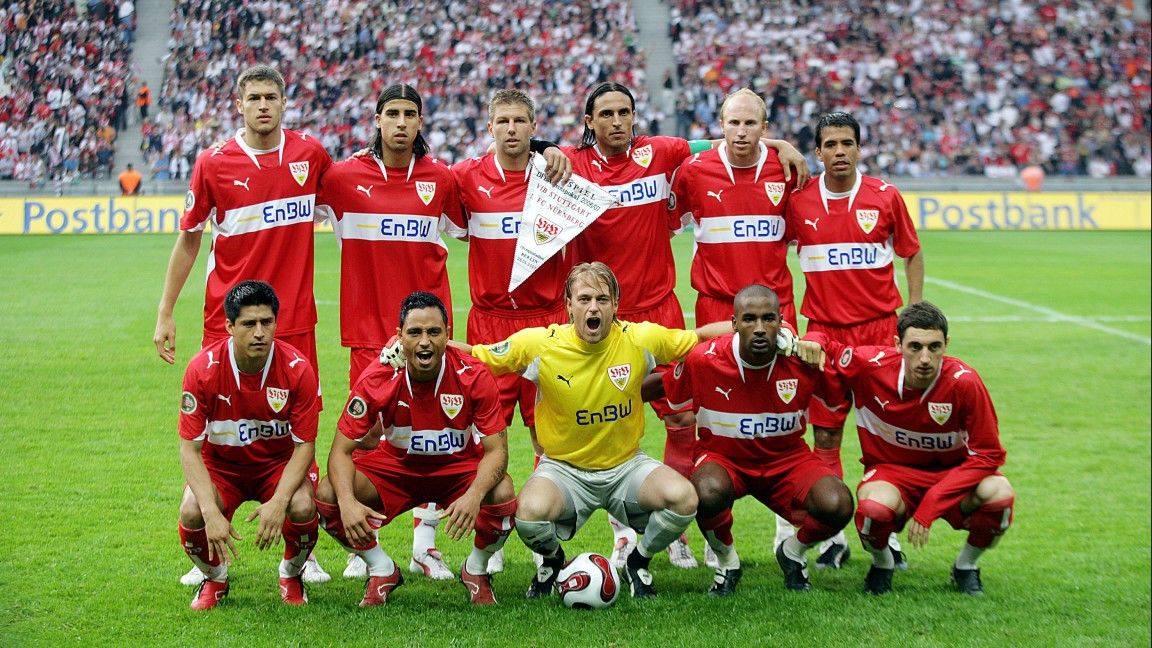 Prior to the cup final

In the 2006/2007 season, VfB added an unforgettable capital to the club’s history. By match-day 23, the Cannstatt Boys were just four points off the league leaders. Following a run of three games without a win – including an unfortunate 0-1 defeat to league leaders Schalke 04 – the gap was opened wider and any quiet hopes of a possible title coup appeared to have been dashed.

But that was well off the mark! Coach Armin Veh strung together an amazing run of wins through to the 33rd and penultimate game of the season, closing the gap on the league leaders to just one point. VfB then faced a trip to VfL Bochum. The side in the shirts with the infamous red hoop twice came from behind to claim a sensational 3-2 victory. With their fellow-favourites dropping points, VfB suddenly had a two point advantage at the top of the table and had their fate in their own hands going into the final game of the campaign against Energie Cottbus. On May 19th, 2007, the spectators packed into the Gottlieb-Daimler-Stadion were treated to another memorable match. The clearly nervous VfB side found themselves a goal down after 19 minutes, but just eight minutes later, Thomas Hitzlsperger levelled the scores with a powerful volley. After the break, Sami Khedira headed home what proved to be the 2-1 winner for VfB, securing the club its fifth German championship title.

The rest was pure White & Red ecstasy! Some 250,000 VfB supporters turned the state capital into one massive party-zone.

Just a week later, VfB had the chance to claim their first domestic double success in the club’s history. In the DFB-Cup final, the newly crowned German champions faced 1.FC Nürnberg, but eventually slipped to a dramatic 2-3 defeat after extra-time. The 2006/2007 was however one of the most successful in VfB’s long history.