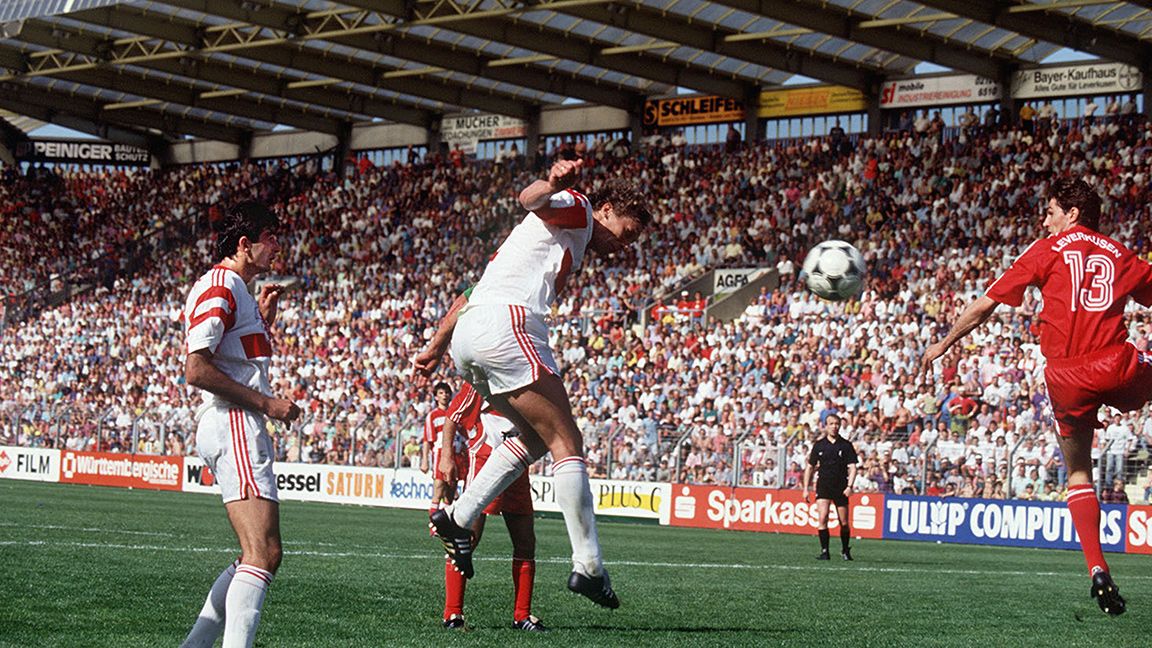 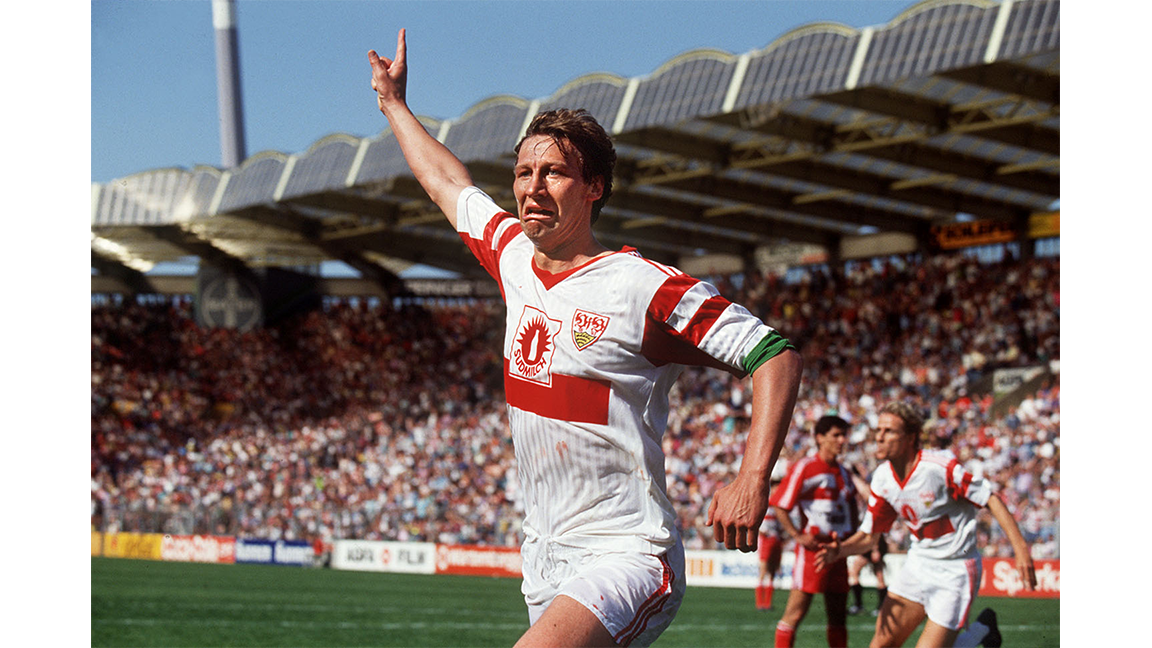 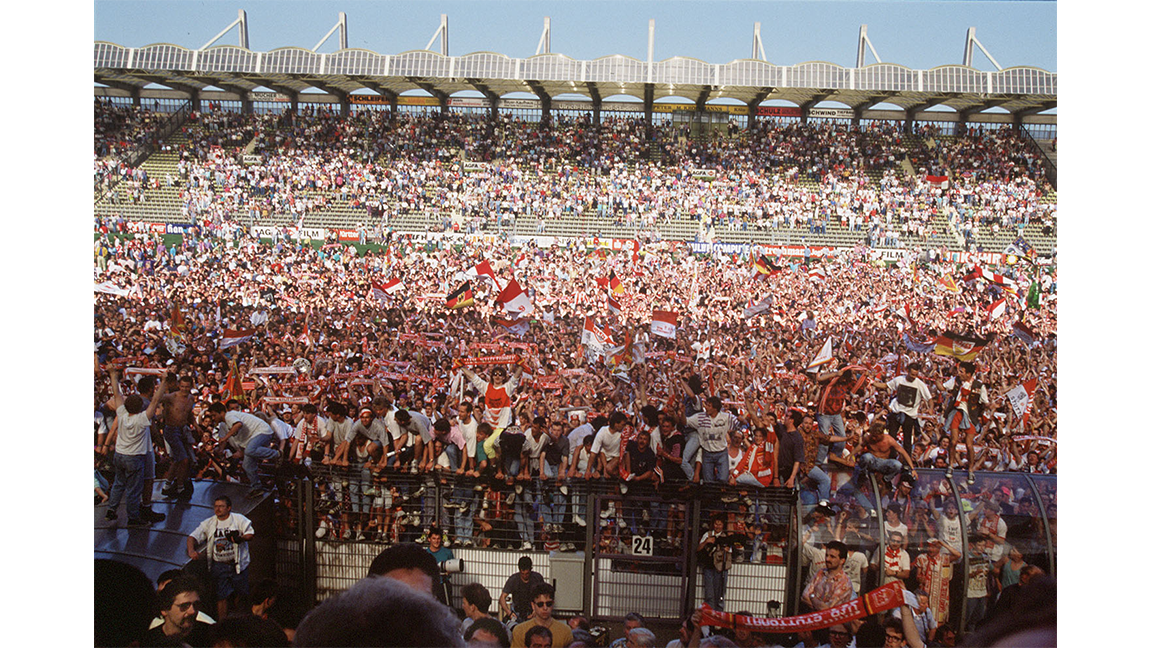 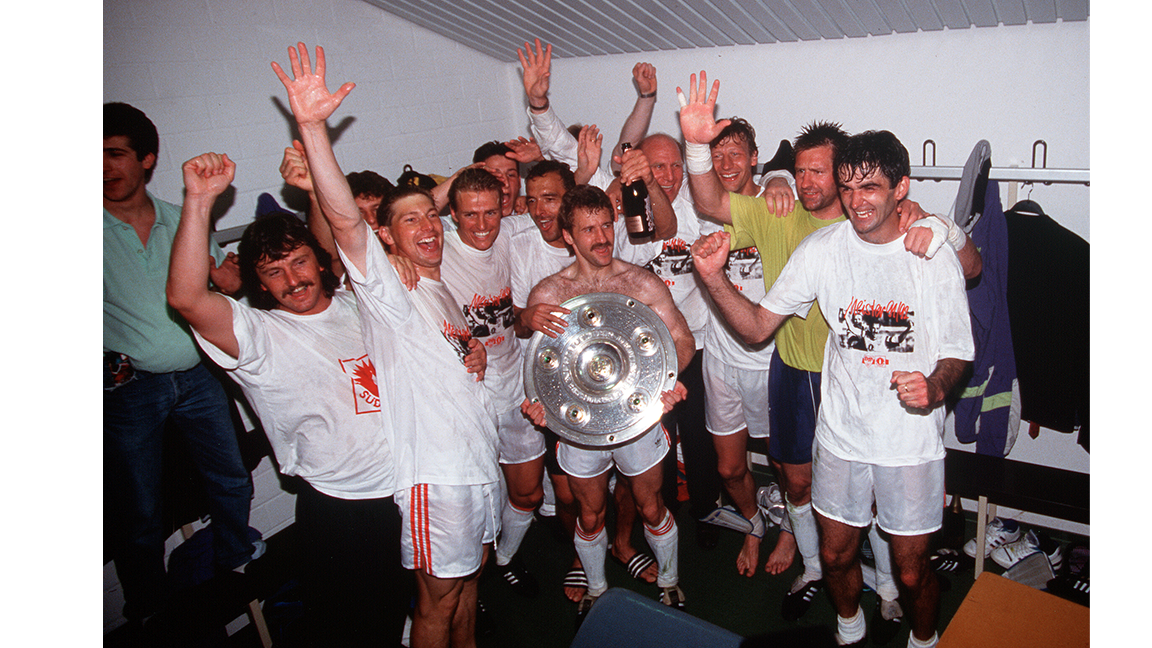 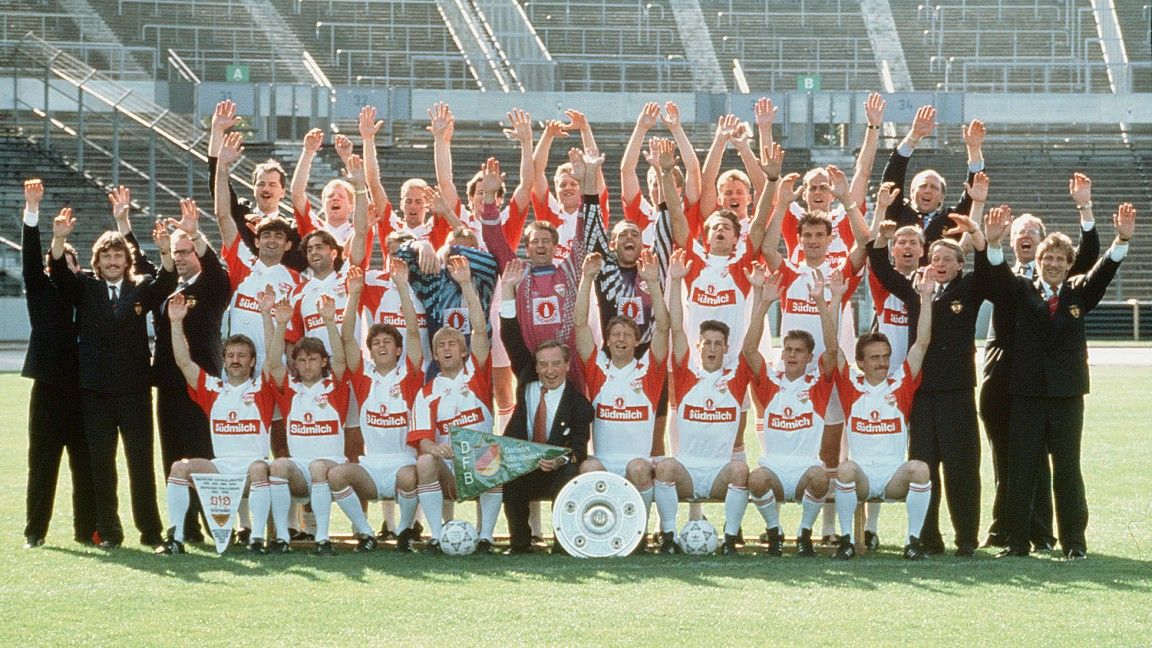 The Bundesliga run-in in the 1991/1992 Bundesliga season could hardly have been more exciting, with VfB, Eintracht Frankfurt and Borussia Dortmund going into the final match-day of the season level on points. Goal-difference put Frankfurt in top-spot, followed by VfB and Borussia Dortmund respectively. All three sides had a job to do away from home on the final day. Eintracht had the ostensibly easiest task at severely relegation threatened Rostock, whilst BVB travelled to MSV Duisburg. The Wasenelf were faced by Bayer Leverkusen, for whom a victory would also mean a qualifying spot for the coming season’s UEFA-Cup.

Whilst the side from Hessen slipped to a 1-2 defeat at Hansa Rostock, coach Christoph Daum’s man came from behind to secure a 2-1 victory at Bayer Leverkusen with goals from Fritz Walter (43’) and captain Guido Buchwald (86’). Thanks to their clearly better goal-difference over Dortmund, who were also victorious on the day, VfB sensationally claimed the German title for the third time. There was additional reason to celebrate for VfB goal-getter Fritz Walter, who on 22 goals in 1991/1992, joined Jürgen Klinsmann as VfB’s second ever leading-scorer in a Bundesliga season.