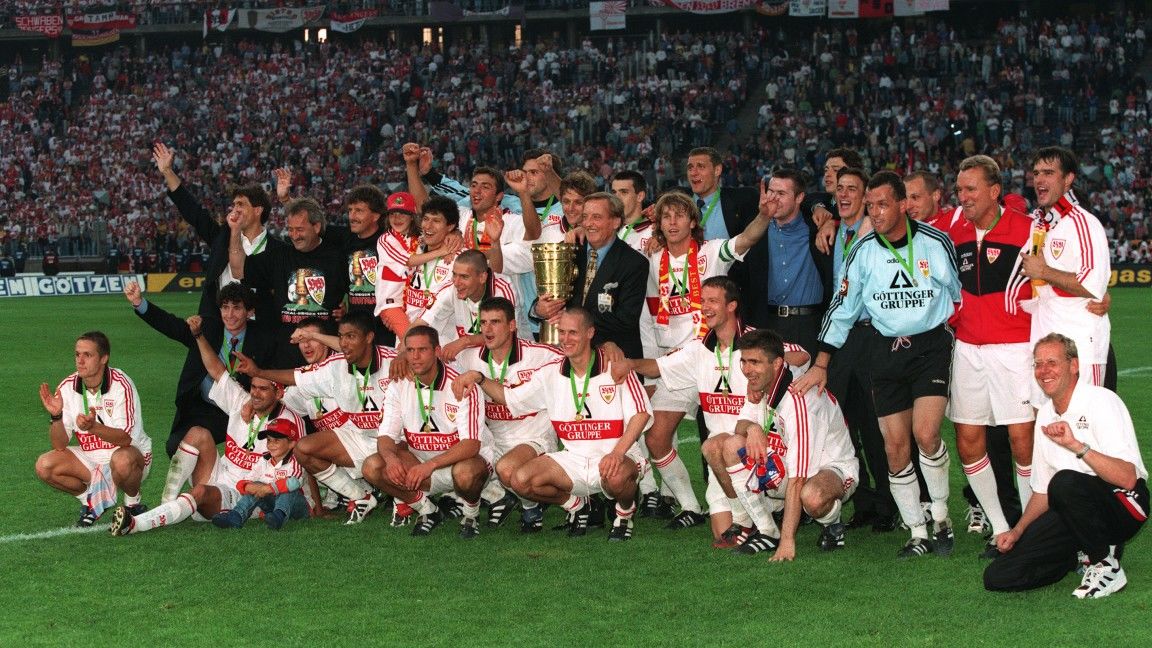 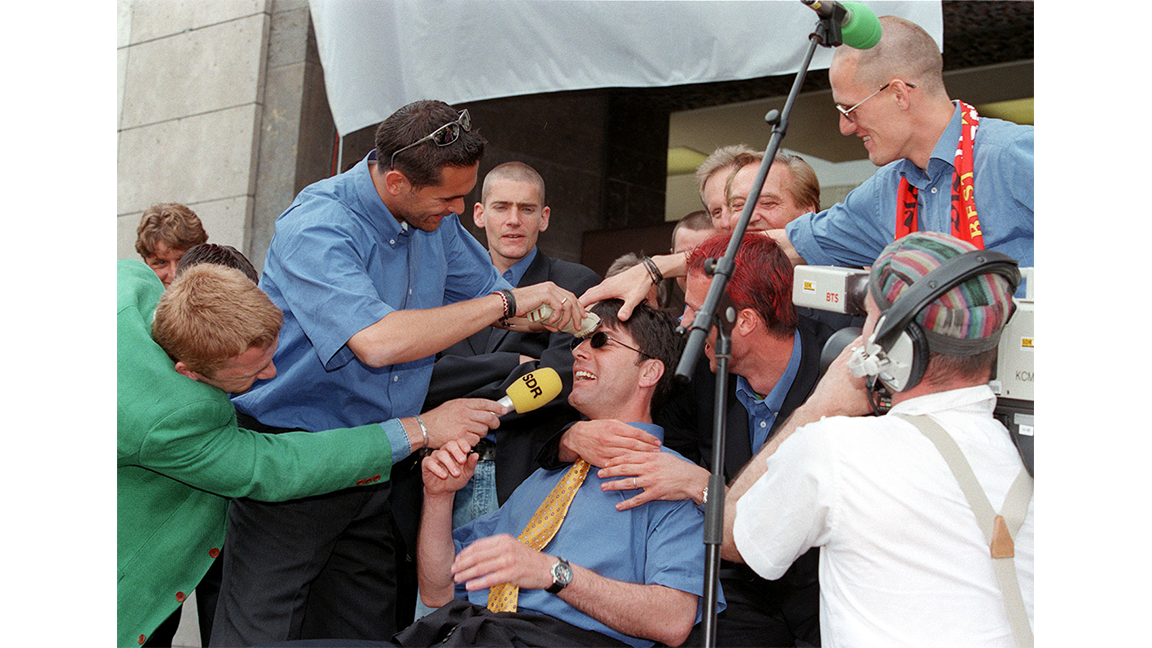 At the end of the 1996/1997 campaign, fourth place in the Bundesliga table ensured VfB their pre-season minimum target of achieving qualification for the UEFA-Cup - and a further highlight awaited the Cannstatt fateful.

Quality and fortune combined – including three penalty shoot-out successes – to see the in-form side coached by Joachim Löw book a place in the DFB-Cup final. In the fourth domestic cup final appearance in the club’s history, hot favourites VfB took on FC Energie Cottbus at Berlin’s Olympiastadion. A brace from Giovane Elber saw the Wasenelf claim their third DFB-Cup victory, to crown what had proven an extremely positive season. Over 20,000 headed out the next day to celebrate the title win with the team on Stuttgart’s Market Square.