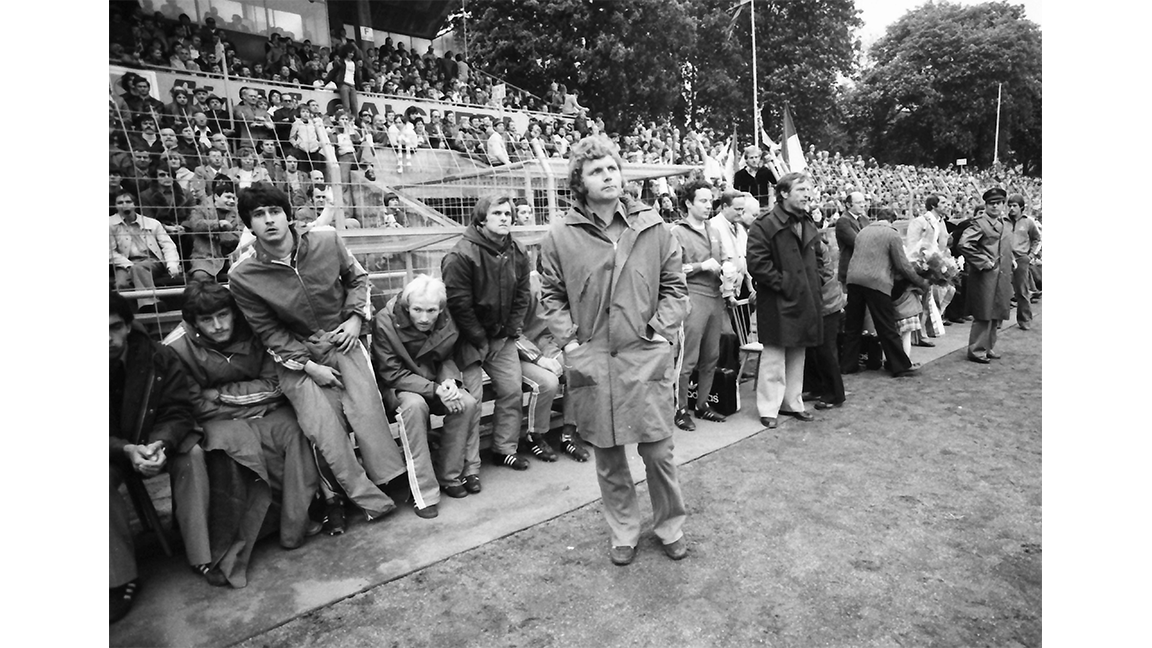 High-tension ahead of the final whistle in… 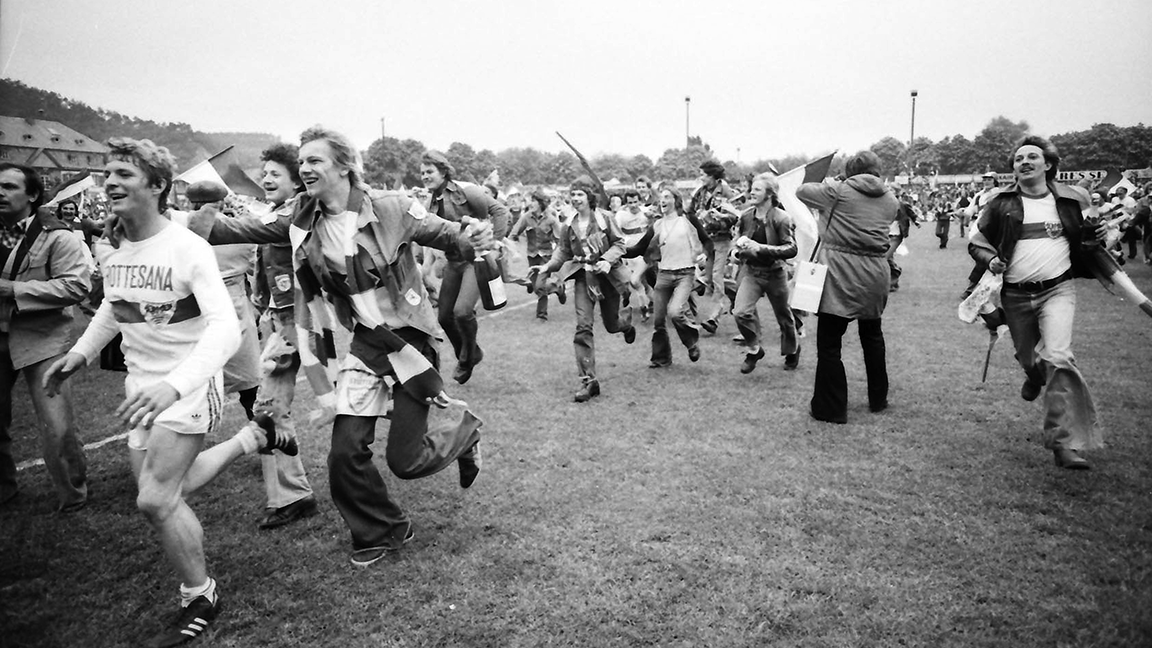 ...turns to massive celebrations on re-promotion

Back in the Bundesliga!

A year after relegation to the ‘2. Bundesliga Süd’, following a stuttering start, VfB finally began to build up some momentum in the 1976/1977 season. With a talented young group of players, coach Jürgen Sundermann’s side began to gel convincingly as the campaign progressed and – whilst enjoying the ever increasing support of their fans – played some impressive football at times.

Despite massive sporting competition, at the end of the season, a scoreless draw against Eintracht Trier saw VfB finish in top-spot and, with 100 goals scored throughout the campaign, the Wasenelf returned to the Bundesliga.