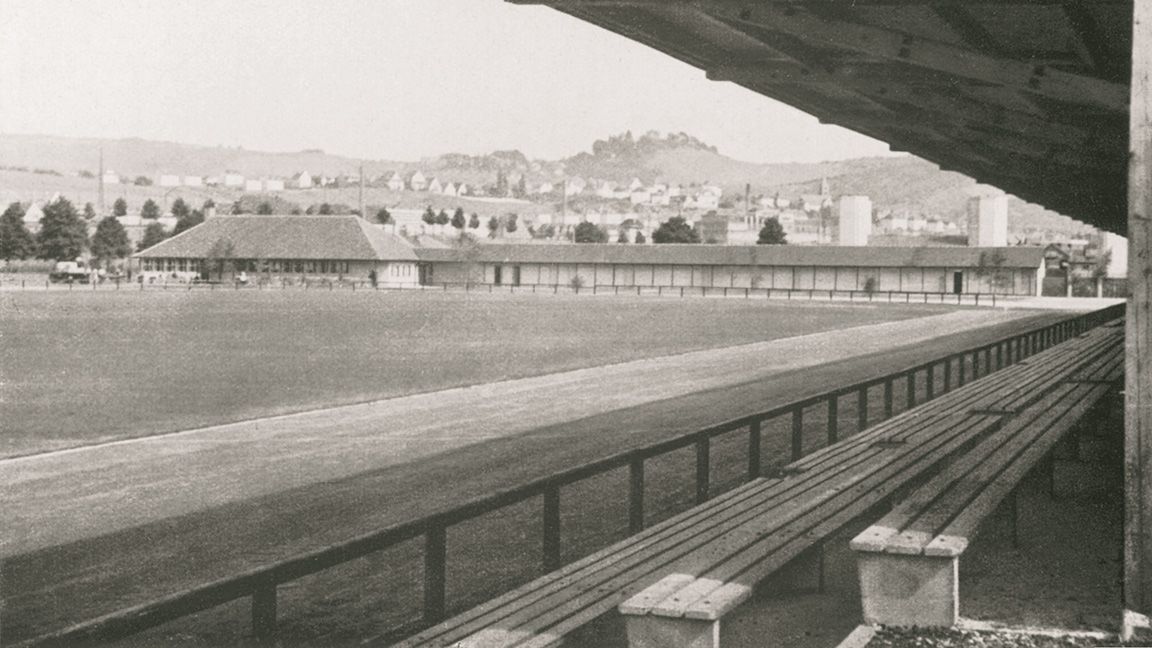 VfB during the National Socialist regime

Processing of VfB’s role during the National Socialist (NS) reign in Germany has still not been completely processed. Subsequently, the current status of research can only be reproduced in shortened form. This depiction is reduced to the significant politics of the club and sporting developments during the period.

With the National Socialist Party having taken power in 1933, the club implemented the goal of assuming totalitarian rule. Alongside the consistent integration of paramilitary sports within the club, the implementation of a ‘Dietwart’ in the youth department and the implementation of the ‘Führerprinzip’, in accordance with the adoption of the Arian paragraph, all Jewish club members were excluded. At the end of the NS regime, the leadership of the club underwent a “De-Nazification” process. Those responsible in leadership positions at the club greatly remained intact. Information on the composition and behaviour of club members and players during this period is sparse. In 1937, in close proximity to the stadium, new grounds, completely financed by the City of Stuttgart were inaugurated. VfB, who had been active on the facility on the Wasen since 1919 were forced to leave the area, with the construction of the Schwabenhalle, a state event facility, underway.

The good youth work in progress at VfB provided a basis in compensating for a sportingly average period at the club. The measures initially lead to claiming the south-German cup in 1933 and to participation in the final of the German championship in 1935, which VfB ultimately lost 4-6 to FC Schalke 04. The Cannstatt Boys were duly established amongst the top-clubs in the country. Just two years after the widely acknowledged success, VfB were again involved in the final round for the German championship, eventually finishing in third place. Until the beginning of the second World War in 1939, there followed two regional championships. The final regional championship victory was sealed during the war-torn 1942/1943 season. In spite of major war related limitations – incl. the newly established VfB grounds being successively destroyed by bomb-attacks in 1937 – VfB looked to maintain league activites. VfB’s final game during the war period was played against KSG Untertürkheim-Wangen on April 2nd, 1945 was abandoned with the score at 5-2 due to an air-raid alarm.