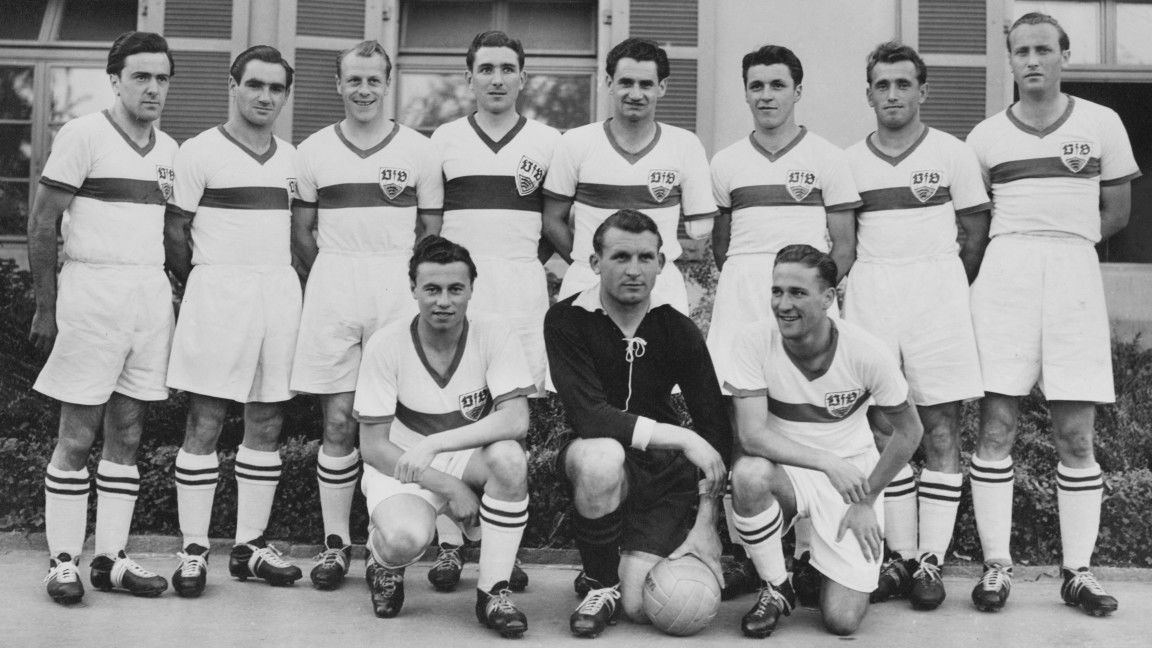 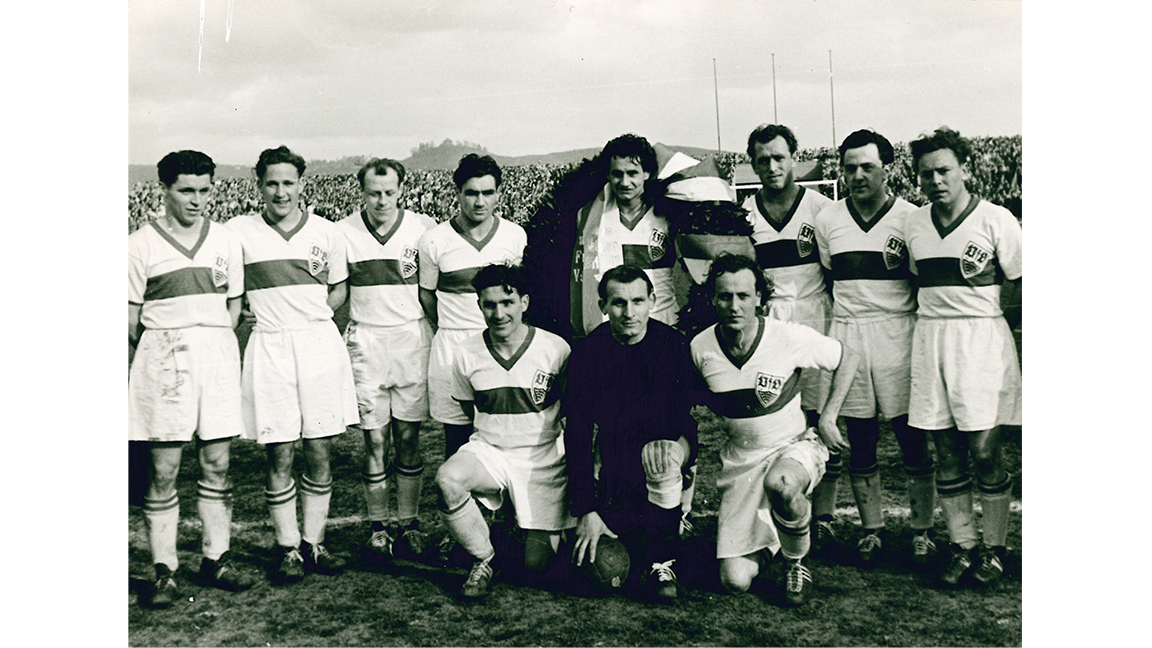 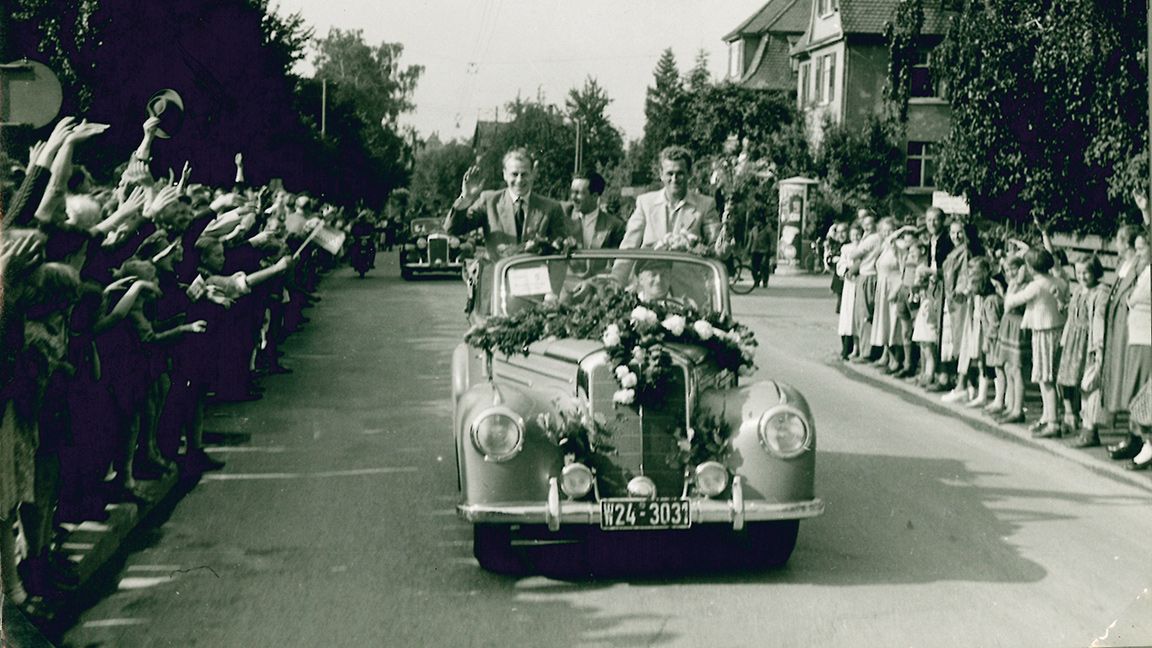 Karl Barufka, Otto Baitinger and Leo Kronenbitter during the motorcade through the state capital

After a season long break in the 1951/1952 campaign, VfB quickly found themselves back amongst the best in German football. In the dramatic season final, VfB ran out 3-2 winners against 1. FC Saarbrücken, in front of a crowd of 84,000 at Ludwighafen’s ‘Südwest-Stadion’. VfB’s goals were scored by Robert Schlienz and Otto Baitinger (2), whilst keeper Karl Bögelein proved the hero on the day with some exceptional stops.

The second German championship win in the club’s history was preceded by a closely run battle between 1. FC Nürnberg for the ‘Oberliga Süd’ title, which VfB eventually secured with a 2-0 win over FCN in the final game of the season. In the final round, VfB came past VfL Osnabrück, Rot-Weiß Essen and Tennis Borussia Berlin , to deservedly take a place in the final.

Stuttgart once again greeted their heroes with a magnificent reception. The journey from Asperg, through Stuttgart and on to Bad Cannstatt was to prove a triumphant march for the side coached by trainer Georg Wurzer, who had truly established themselves as a top name in German football.