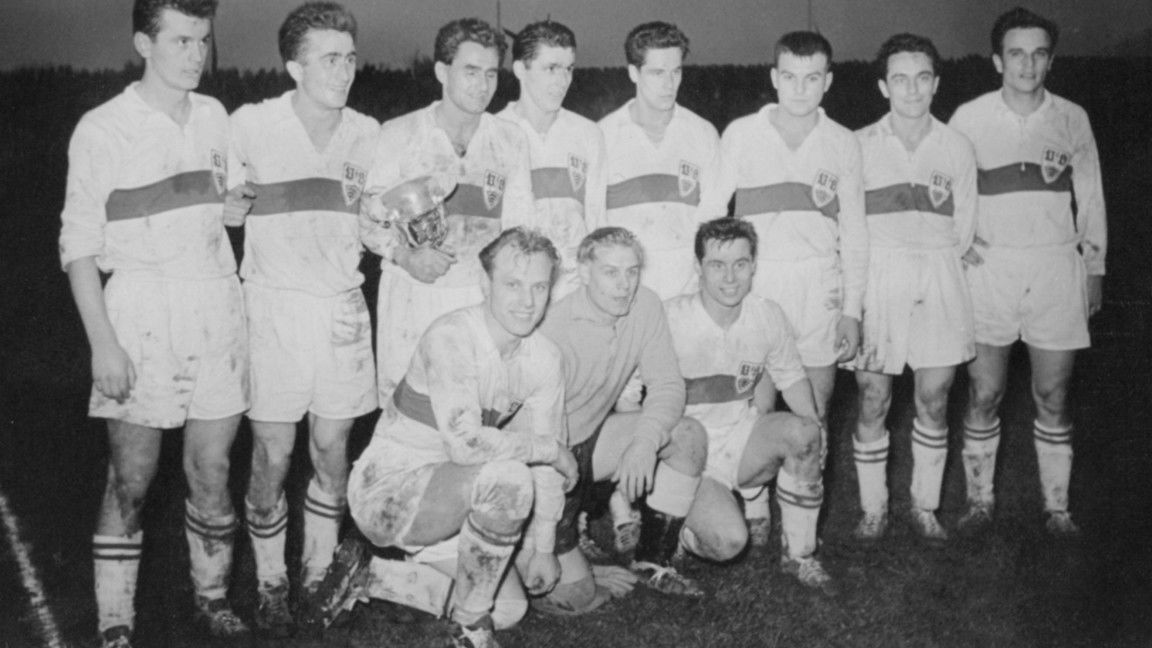 The cup winning side from 1958 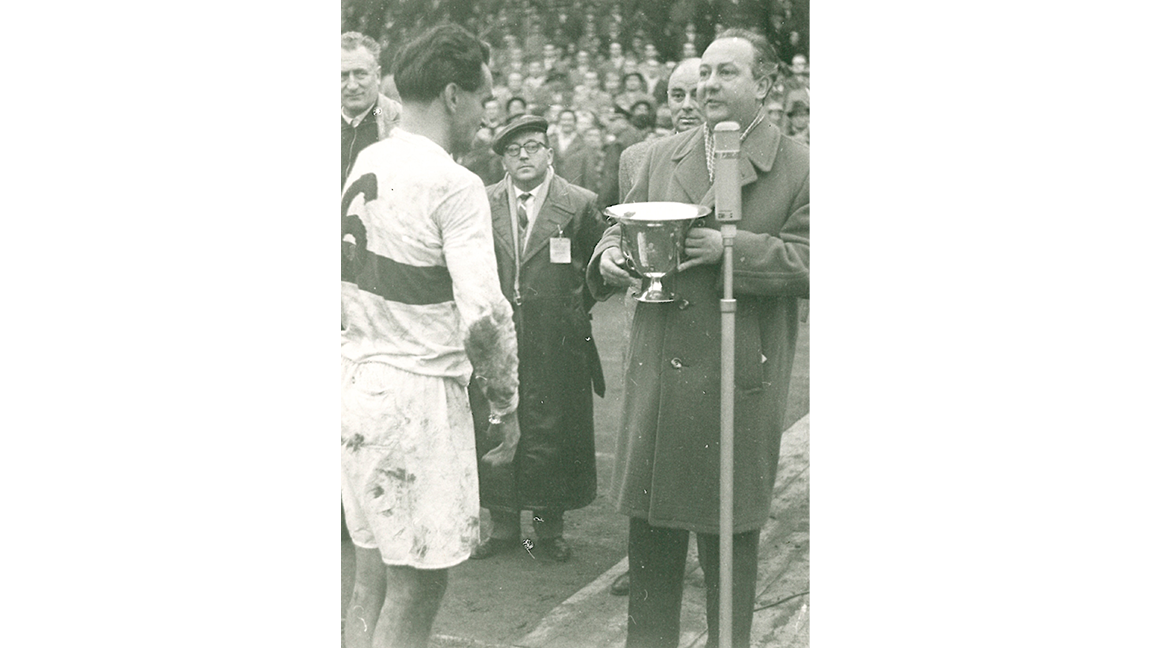 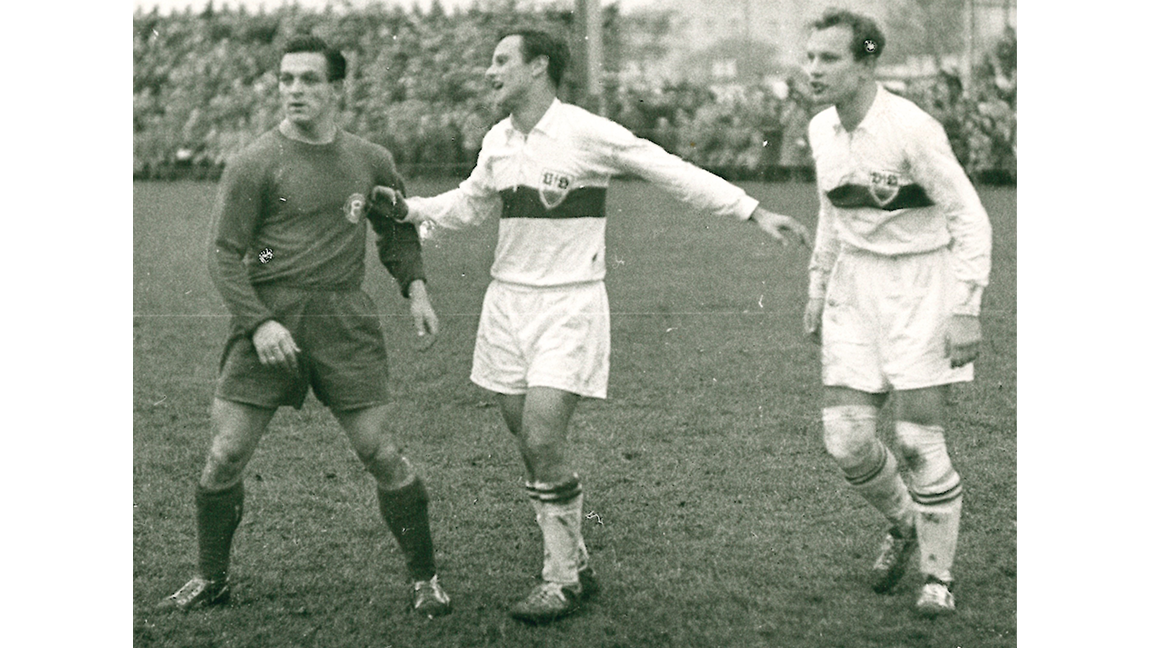 Another cup final - extra-time again! In front of a crowd of 28,000 at the Auestadion in Kassel, in mid-November 1958, an open clash between VfB and Fortuna Düsseldorf ensued from the outset. With a quarter-hour played, the side in the shirts with the infamous red hoop missed a penalty and, just minutes later, VfB had a goal disallowed for off-side. Then, in the 36th minute, Dieter Praxl fired VfB into a 1-0 lead, but shortly after the re-start, Fortuna Düsseldorf levelled the scores (50’). Just minutes later, Fortuna then took a 2-1 lead (52’), but ten minutes further on, VfB’s Rolf Geiger put his side back on level terms. VfB took a 3-2 lead with a goal from Erwin Waldner, but Düsseldorf equalised once again, forcing the game into extra-time. With 113 minutes on the clock, VfB striker Lothar Weise fired home what was to prove the winning goal for his side.

The second cup win in VfB’s club history was hard-earned, but the celebrations as the team arrived back at the main railway station in Stuttgart were no less enthusiastic than when the Cannstatt Boys last took the trophy home.