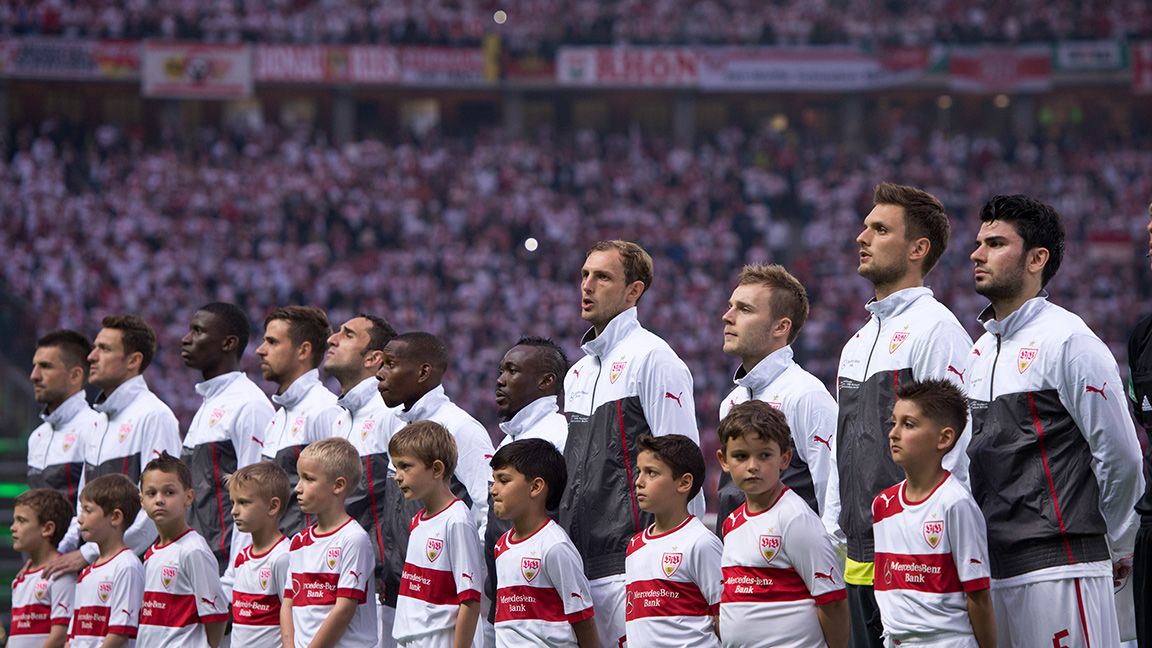 In the spring, there were five unforgettable days, which made a significant impact on the 2012/2013 season: The derby week against SC Freiburg, beginning with the cup semi-final on April 17th. The team were inspired by an exceptionally choreographed display in the ‘Cannstatter Kurve’ and went on to secure a 2-1 victory with a devoted performance. At the end of an unforgettable evening, the Mercedes-Benz Arena rocked to a raucous chorus of: “Berlin, Berlin, wir fahren nach Berlin!” (Berlin, Berlin, we’re going to Berlin). Just four days later, VfB went on to win the next derby in the Bundesliga 2-1. The Cannstatt Boys finished the campaign in twelfth place.

The DFB-Cup final had long since cast its shadow. In a stunning tie, VfB coach Bruno Labbadia’s men narrowly slipped to a 2-3 defeat to FC Bayern Munich. The VfB fans cheered the team enthusiastically for their performance and the players applauded the supporters – mutual joy over an experience that crowned the entire season.