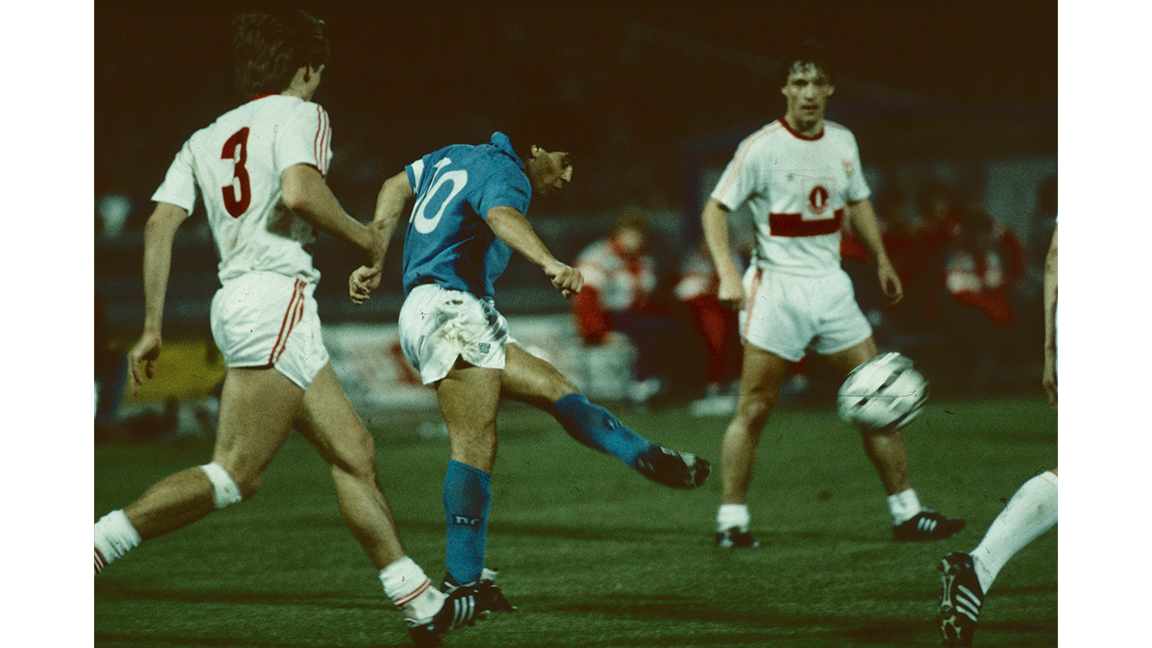 Scenes from the home game against Napoli 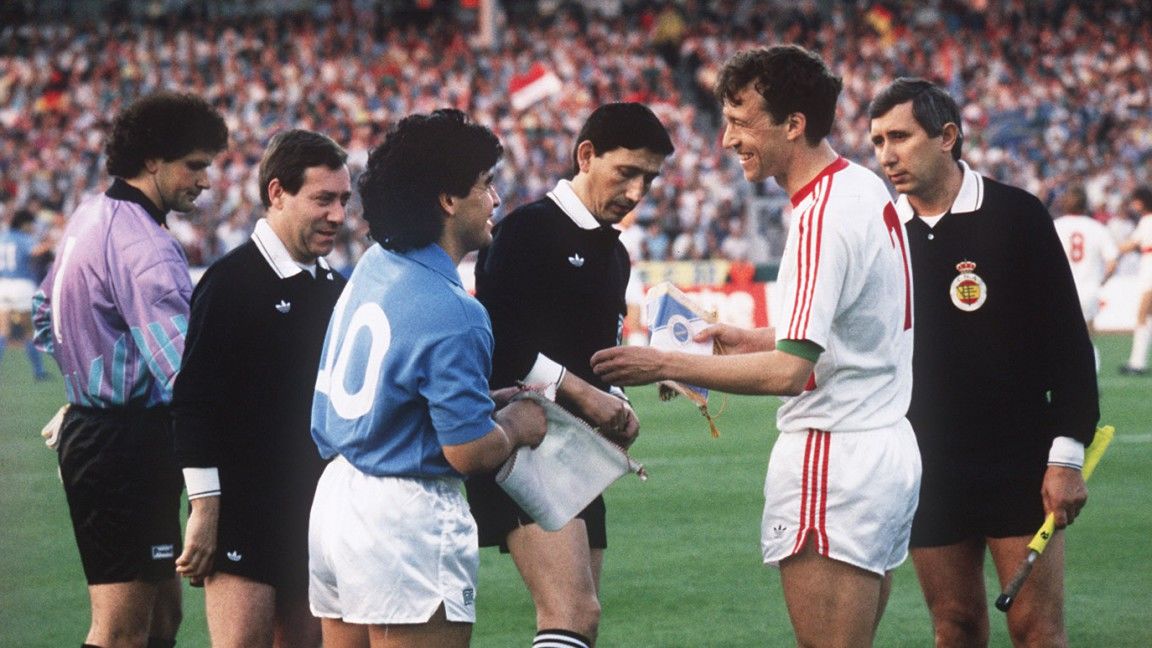 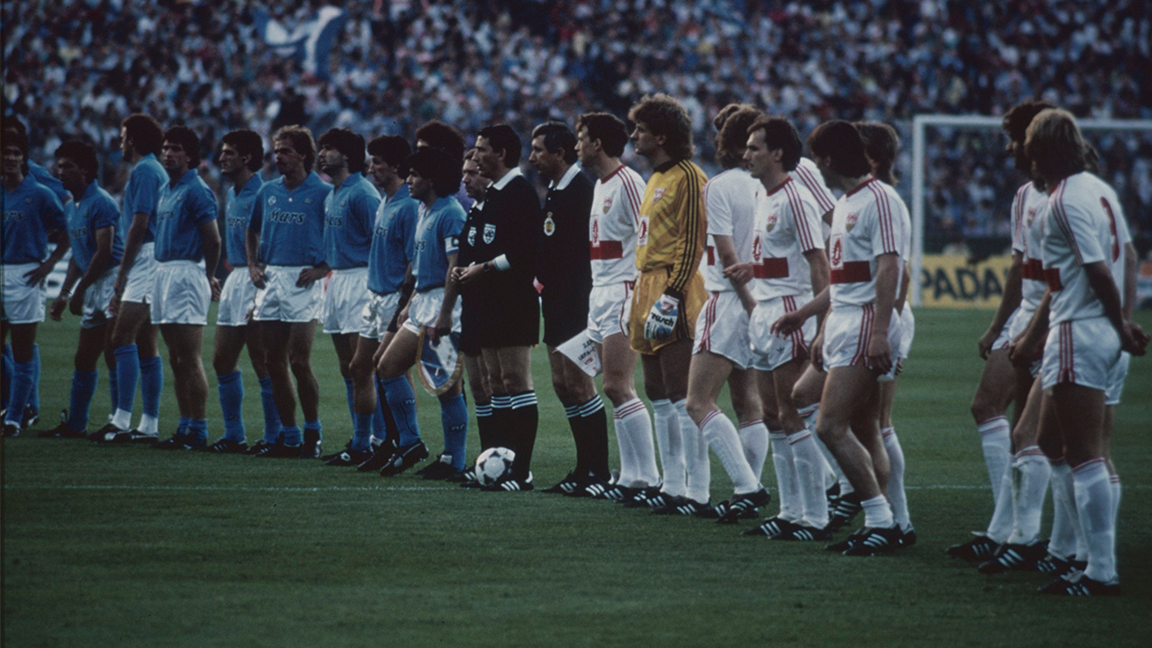 The final participants in the Neckarstadion 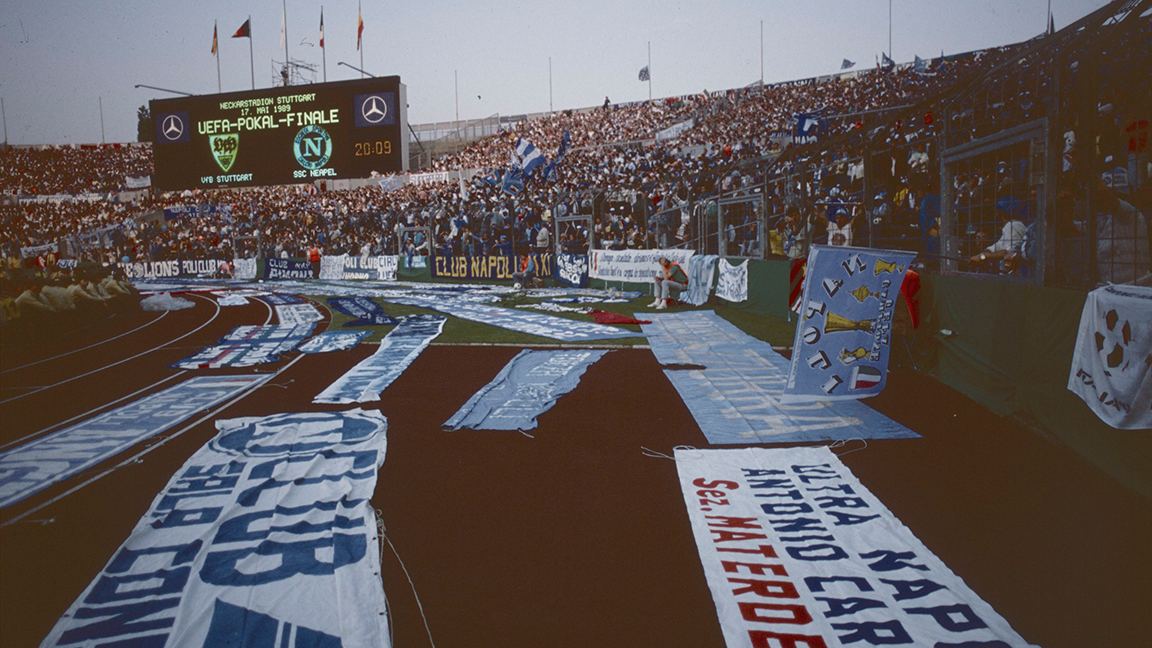 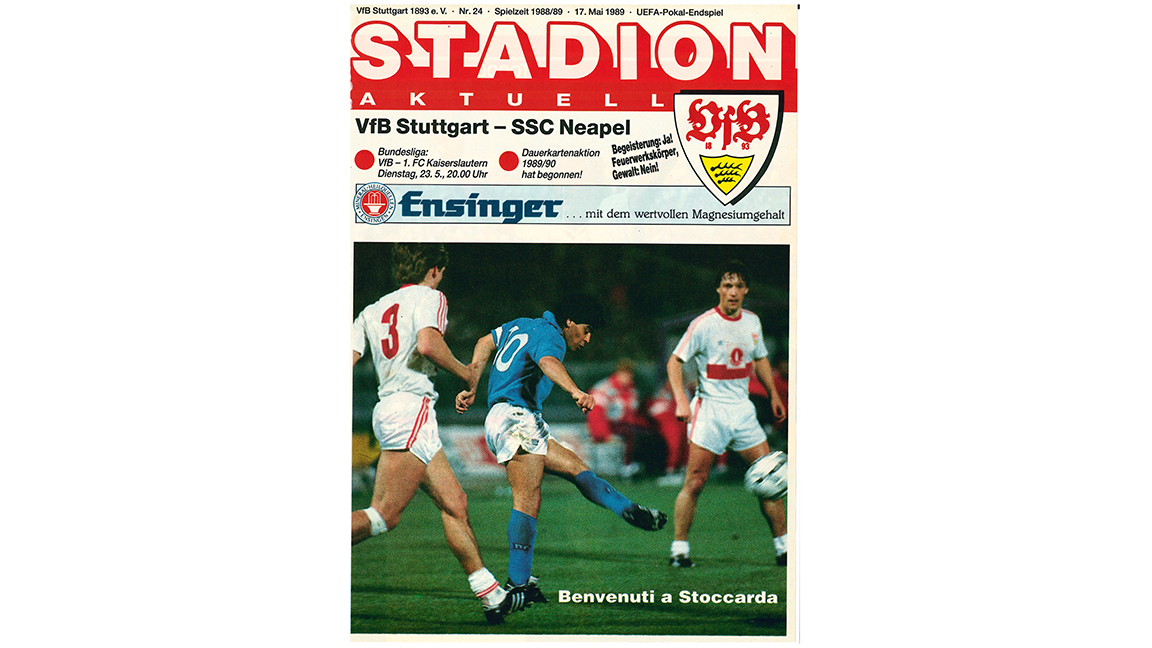 During the 1988/1989, VfB juggled three title possibilities over a long period. At the beginning of May 1989, VfB were in the top third of the Bundesliga table, in the semi-final of the DFB-Cup and, for the first time in the club’s history, through to the final of a European competition. In the final of the UEFA Cup, VfB awaited favourites SSC Napoli, with Argentine superstar Diego Armando Maradona. The stunningly exciting two-legged final, which saw the Italians narrowly get the edge (first-leg in Naples: 1-2, return-leg in the Neckarstadion: 3-3), remain in the memory still today, not just due to the tense action on the pitch, but also in relation to the massive demand for tickets and the phenomenal media presence.

Although the Cannstatt Boys narrowly missed out on major successes nationally as well as internationally, the club gained major respect and affinity on the international stage for their efforts. In the Bundesliga, the early season target of qualification for the following season’s UEFA Cup was duly achieved.