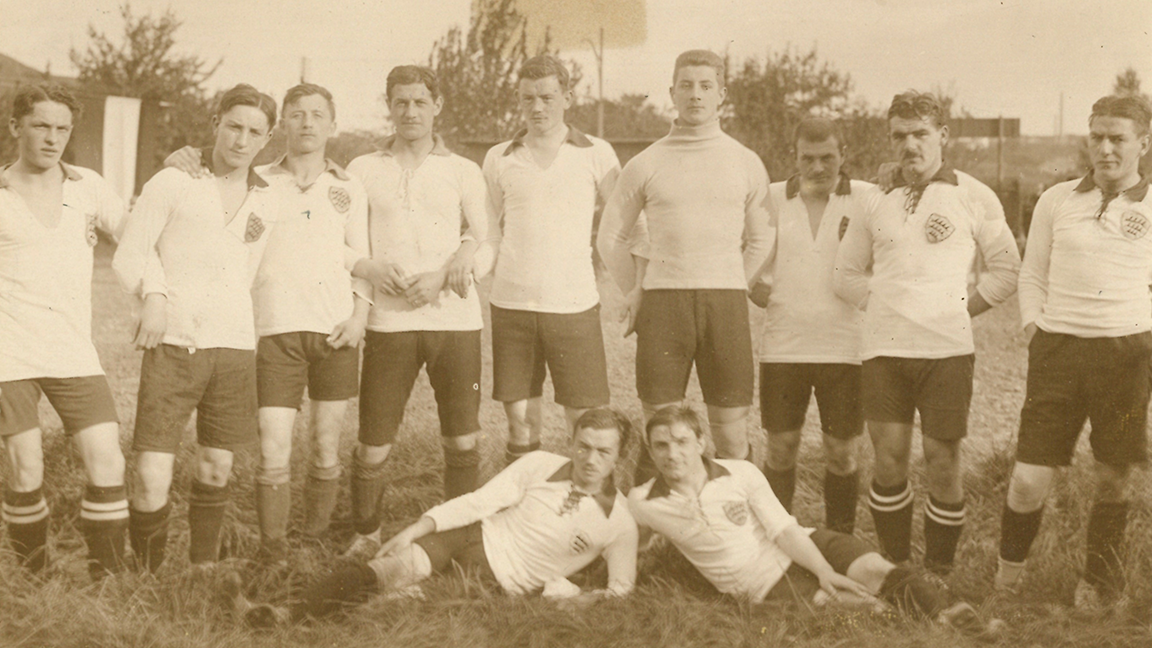 One of the first VfB team photos

With the number of specific football clubs being founded, fears rose that the rugby playing FV Stuttgart 1893 could pale into insignificance and from 1908, the club reintegrated football into the programme of activities. Toughened up by the game of rugby, the successful club qualified for the finals in promotion to the ‘Südkreisliga’ in 1912. Right from the outset though, the club found themselves locked in a battle to find a suitable ground, with expectations so far as facilities were concerned ever rising. Several changes of location were necessary, but failed to provide satisfactory results.

Kronenklub Cannstatt – also boasting some good players and a socially acknowledged club associated culture – was sportingly not as successful as 93. However, in 1908, the Kronklub was in possession of a sporting facility, which provided amicable conditions for playing grass sports.

Aside from already forged personal connections, which were solidified further by mutual matches, it was on the one hand sporting and on the other hand infrastructural benefits that would bring the two clubs together. In the summer of 1911, negotiations began at Hotel Concordia in Bad Cannstatt, which were to lead to the founding of the “Verein für Bewegungsspiele Stuttgart 1893 e.V.” on April 2nd, 1912. The crest was a depiction of the three stylized deer-horns from the House of Württemberg and the club colours of White & Red – also the official colours of Bad Cannstatt. The club would duly play their home games on the Kronenklub grounds in Stuttgart-Münster until the end of 1919.

Just months after the fusion, the newly founded VfB Stuttgart 1893 e.V. marked their first major success, in winning promotion to the then highest standard in league football – the ‘Südkreisliga’.