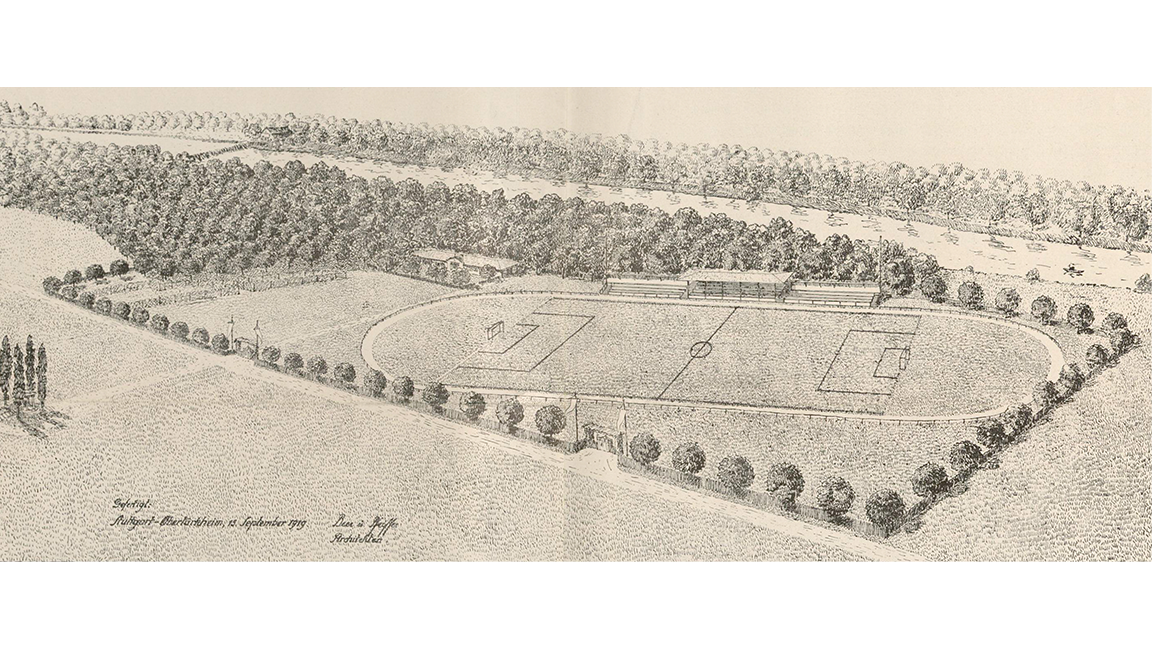 On December 11th, 1919, VfB played their first game at the grounds on Cannstatter Wasen 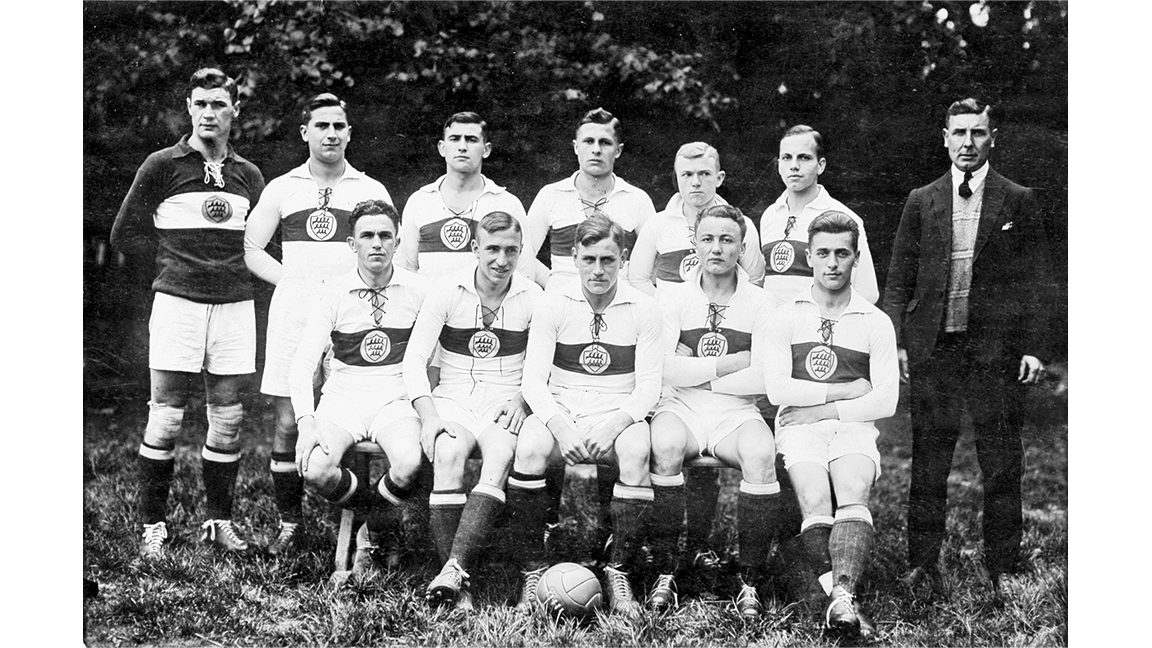 VfB with the infamous red hoop in 1925 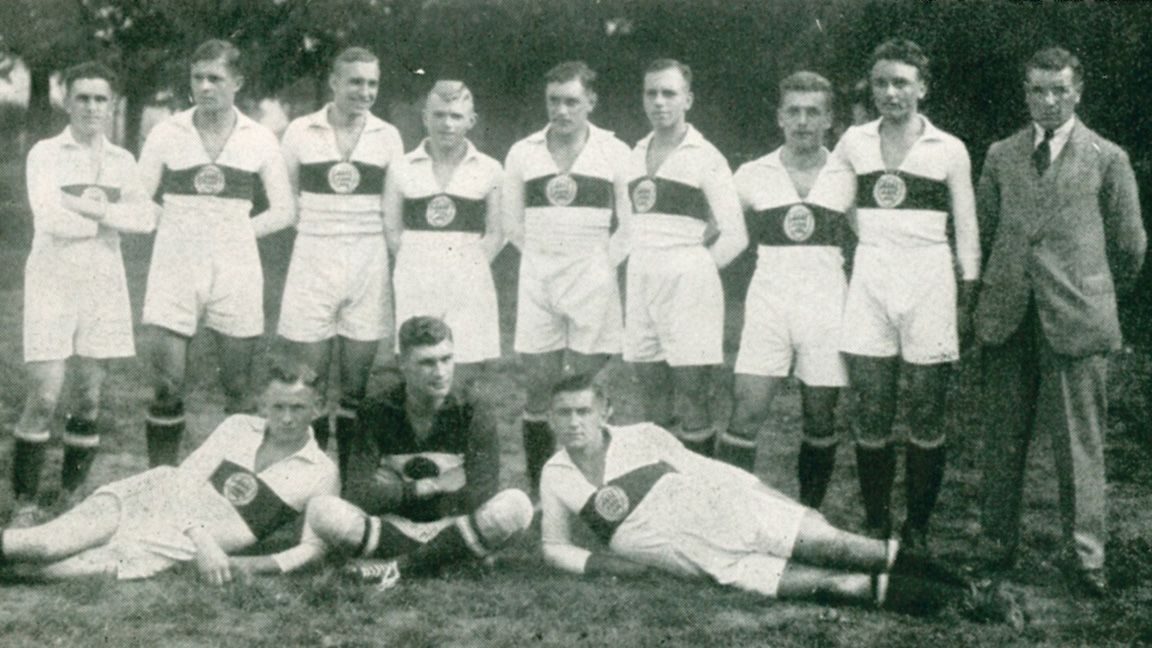 The championship winning eleven from 1927 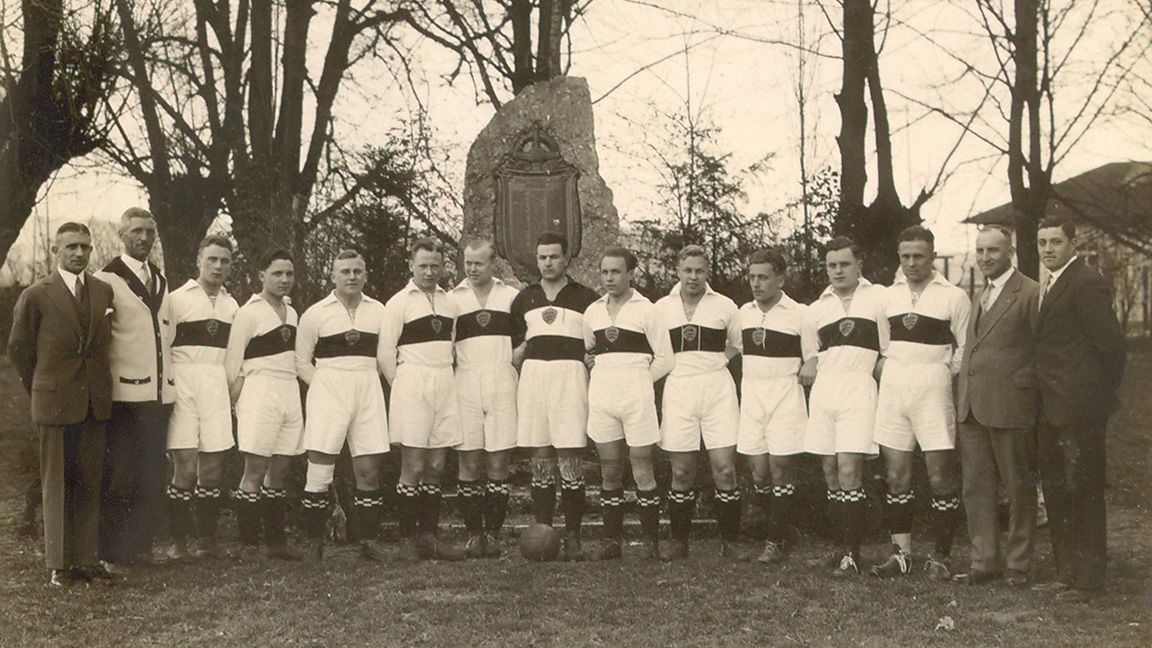 1929: Champions of the Bezirksliga Württemberg

The early years of VfB

VfB’s momentum following the fusion was then brought to a halt by the outbreak of World War I. Between 1914 and 1918, playing activities were completely cancelled for specific periods – until 1917, some three-quarters of all club members were drafted into military service – and otherwise only possible in very limited circumstances. By the end of the war, almost one-sixth of the VfB club members had fallen. Those returning – many highly decorated and in officer positions – remained connected with the club in either active or passive roles. The locally known “Säbelesklub”, later considered itself as being a “Refuge for National Reflection”. Diverse sources, such as club publications or the club song, acknowledged strong nationalist and reactionary tendencies, at least in the VfB leadership, at the time. In 1919, thanks to countless donations from members, VfB opened a newly erected, exemplary playing facility on the Cannstatter Wasen. In 1932 – against the valid legal situation – the VfB club leadership made the facility available to the NSDAP for a massive propaganda event. The duly threatening ground-cancellation by the City of Stuttgart was preceded by a change of power.

Sportingly, during this period, VfB were to grow from a top local club into one of the most established powers in south-German football. With the exception of the 1923/1924 season, VfB were consistently represented in Germany’s top-flight after the war. With a young team, coached from July 1924 by the first full-time trainer Tom Hanney, the team won the 1926/1927 Bezirksliga Württemberg-Baden championship. It was the first major success for the club, who had been donning the shirts with the infamous red hoop as from 1925. Under Hungarian coach Lajos Nemes “Ludwig” Kovac, the Wasenelf claimed the Bezirksliga Württemberg title and went on to the South-German finals, where they finished the 1929/1930 campaign in fifth place.