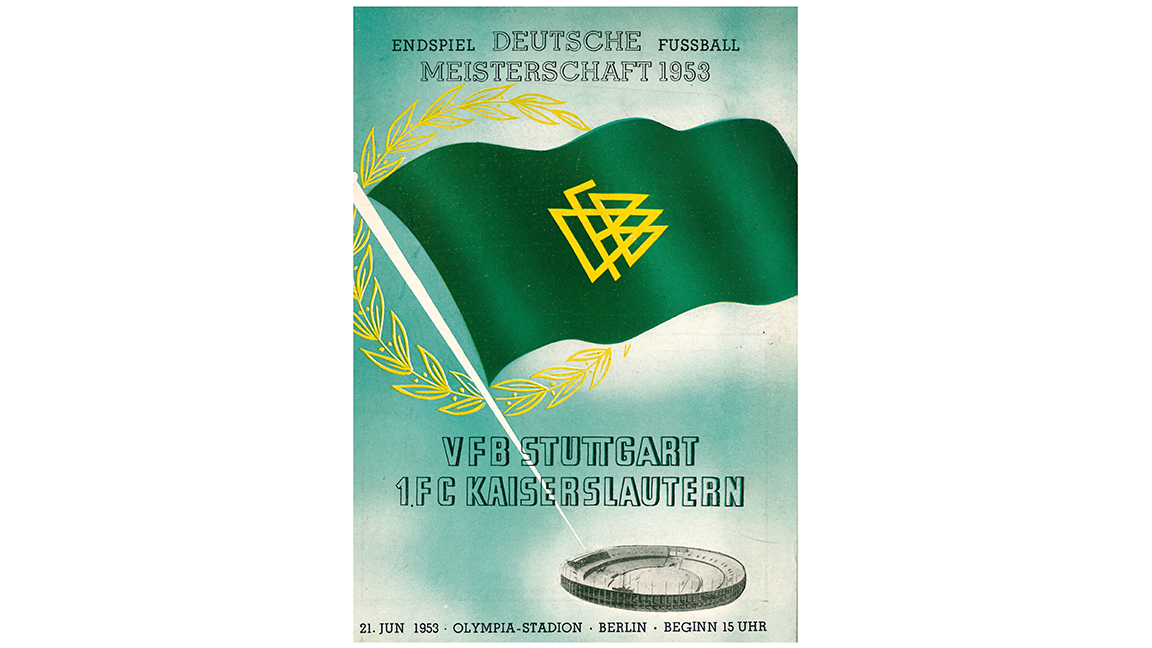 As title-defenders, VfB went into the 1953 German championship final struggling with injury concerns. A crowd of 80,000 in Berlin’s ‘Olympiastadion’ saw a brave Stuttgart go into the half-time break narrowly trailing by 0-1 against 1. FC Kaiserslautern. Having then gone 0-2 down after the re-start, the Wasenelf reduced the deficit through Leo Kronenbitter, but in the end, the match finished 4-1 in FCK’s favour. In their third final since 1950, VfB took the runner-up spot – the second runner-up place in the history of the club following the 1935 placement.

VfB had qualified for the final round in the German championship title race, having finished second in the ‘Oberliga Süd’ – scraping their way then past Borussia Dortmund, Hamburger SV and Union 06 Berlin, to take a place in the final.