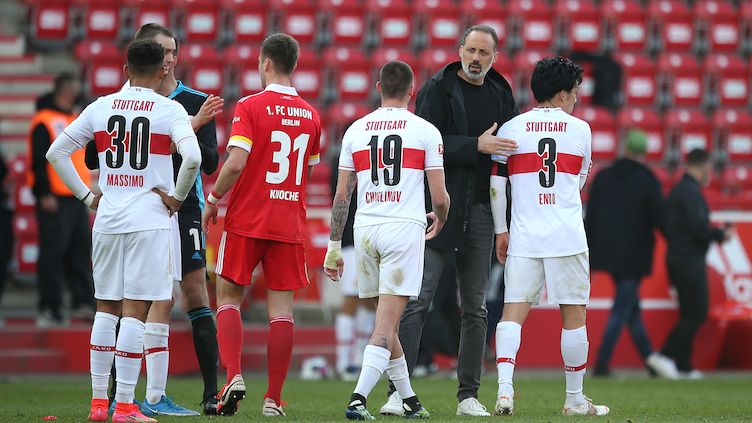 The VfB camp spoke of their improved second-half performance against clinical opposition on Saturday.

Pellegrino Matarazzo, VfB head coach: “We didn’t start the game well in the first few minutes, but had it increasingly under control as time went on. Then they went 1-0 up and we became too passive after that. We wanted to give a different account of ourselves in the second half, and play with more bravery and creativity. We managed to do that, so our display in the second half was satisfactory.”

Daniel Didavi: “We didn’t do enough in the first half. We were lacking energy and we weren’t able to show our strengths out on the pitch. We played more like the way we want to in the second half. We pulled a goal back and pushed for an equaliser. Union Berlin were very efficient in the first half and deserved to win the game on the basis of those first 45 minutes.”

Phillip Förster: “It’s obviously frustrating that we’re leaving here empty handed. We go into every game wanting to win it. We gave it our all after going 2-0 down and are now focusing on our upcoming matches against Wolfsburg and Leipzig next week.”