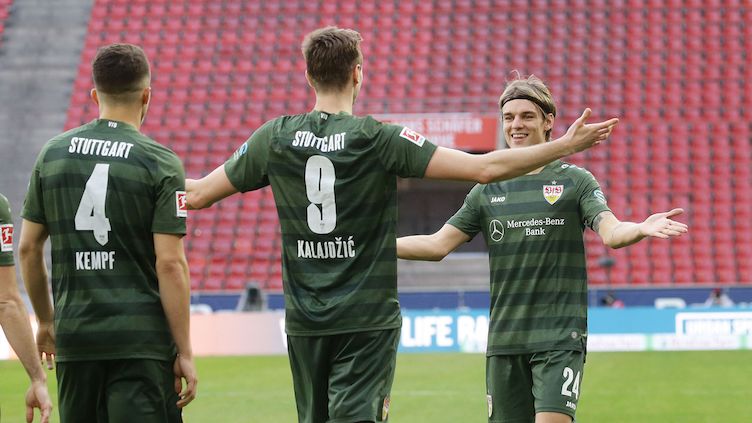 Borna Sosa and Sasa Kalajdzic combined once again as VfB picked up a 1-0 victory away to 1. FC Köln.

Captain Gonzalo Castro returned to the starting line-up following injury, while Marc Oliver Kempf was also back in the side after recovering from a cold, with Erik Thommy and Atakan Karazor dropping to the bench.

Borna’s crosses are just great. He whips them in with pace and spin, so I just had to get my head on it. I’m happy that things are getting better and better with each game we play. Going 1-0 up was the turning point for us.

VfB earned a deserved victory in Cologne, having been the more active team throughout the majority of the match against a defensive-minded home side. Chances were at a premium in the first half, making Kalajdzic’s goal early in the second period all the more important as Pellegrino Matarazzo’s men collected maximum points. Although Köln pushed for an equaliser in the closing stages and went close when Özcan hit the woodwork, overall VfB were good value for the win.