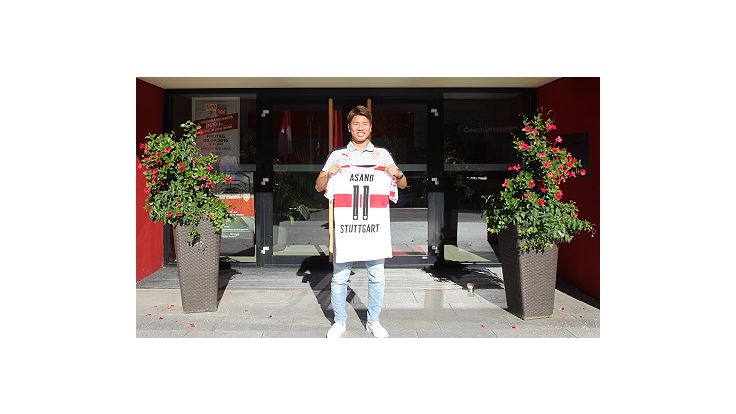 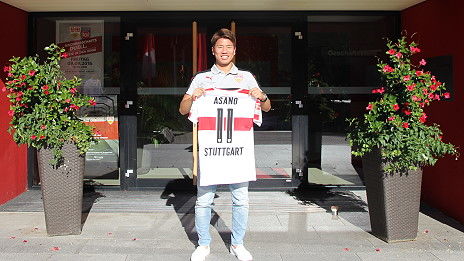 For the 2016/2017 season, Takuma Asano made the move from the Japanese J-League side Sanfrecce Hiroshima to the English Premier League club. Before making the move to Arsenal, the 1,73 meter tall attacker made 93 J-League appearances, scoring 27 goals and providing 13 assists. The striker was a Japanese championship winner with Sanfrecce Hiroshima in 2013 and 2015. In the same year he won the Japanese Young Player of the Year award.

Takuma Asano made his debut in the Japanese national team in August 2015, in a game against North Korea. Since then he has made four further appearance for the national team, scoring one goal. Most recently, Takuma Asano represented his homeland at the Olympic Games in Rio. In three games, he scored two goals.

Takuma Asano will be on duty with Japan for their upcoming World Cup qualifiers against the United Arab Emirates (01.09.) and Thailand (06.09.). Upon his return, he will link up with VfB, for whom he will wear the number 11 jersey.

Jan Schindelmeiser, Sporting Director at VfB Stuttgart: "Takuma is a perfect addition for us up front. He is a danger in front of goal, can shoot with either foot, is fast and agile. The constellation with Hajime Hosogai really helped us to win over Takuma. As did Guido Buchwald, who alerted VfB to Takuma early on. Since then we have had an eye on him. Both the club and the player have lofty ambitions, so the situation now is ideal."

Takuma Asano: "I am looking forward to the task at VfB Stuttgart. Many Japanese players have developed further in the Bundesliga and enjoyed some good experiences – not least at VfB. I also spoke at length with Hajime Hosogai. I want to implement my qualities here and help the club achieve ist goals."