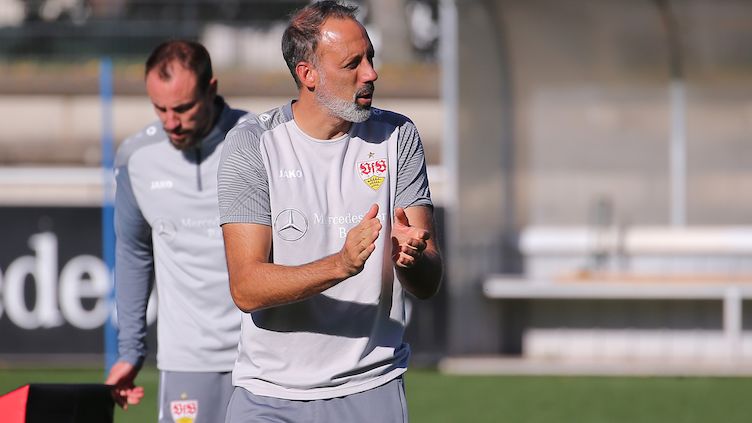 VfB host table-topping Union Berlin on Sunday, with head coach Pellegrino Matarazzo preparing his players for what promises to be a tight contest full of intensity.

In Sunday evening’s home match under the lights against 1. FC Union Berlin (kick-off: 19:30 CEST), VfB can expect lots of tussles for the ball. “Union are a special kind of team with an almost unique style of football. They run an enormous amount and are really solid in defence, so it’s going to be important to win a lot of the one-on-ones,” said VfB head coach Pellegrino Matarazzo. Being tough but clever appears to be the best way to hold your own against the current Bundesliga leaders.

Matarazzo has another issue to work out ahead of Sunday’s match: “How can we make sure that the team stays focused for the full 90 minutes? Obviously any game has its ups and downs, but we have strategies and a plan that we need to stick to consistently over the 90 minutes – no two ways about it. The team also have a responsibility there to manage themselves to a degree through communication during certain phases of the match,” Matarazzo said.

One player that the head coach will have to do without is Josha Vagnoman, who is still out with a bone bruise. “He’s building up his fitness,” Matarazzo indicated. In more positive news however, Borna Sosa trained throughout the week after his cold and is available again, while Wataru Endo (knock to the top of the shin) and Hiroki Ito (muscular problem) got back to at least partial training on Thursday with the hope that both of them will be fit in time for Sunday.