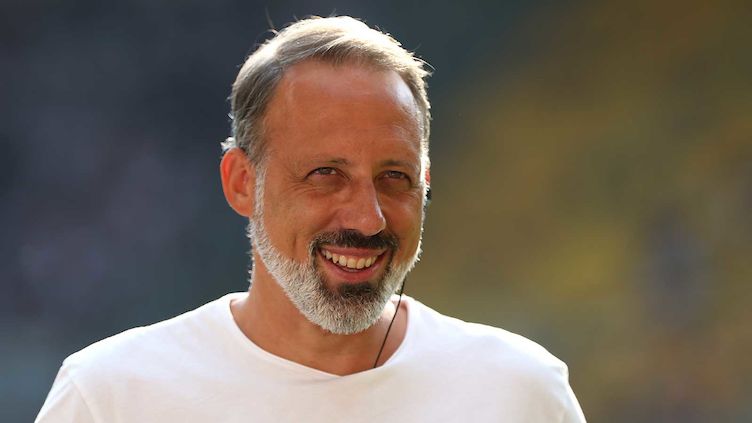 Overcoming the challenge as a unit

VfB begin their Bundesliga campaign at home to RB Leipzig on Sunday.

Nine weeks have passed since renovations began at the Mercedes-Benz Arena, with building works going hand in hand with VfB’s pre-season preparations. On Sunday, the focus switches from the stadium’s main stand to matters on the pitch, as Stuttgart host RB Leipzig in their first Bundesliga game of 2022/23 (kick-off 15:30 CEST).

Pellegrino Matarazzo’s side are hoping to lay the foundations for a solid campaign during their opening 90 minutes of the league season. “Leipzig are very versatile and will present us with a number of challenges,” the VfB head coach said on Friday. “We’ll only overcome those as a unit and with good communication between different parts of the team.”

It remains to be seen which players Matarazzo will send out onto the pitch on Sunday. Florian Müller is guaranteed a starting berth in goal, but there are doubts over the availability of Darko Churlinov and Pascal Stenzel, who are both suffering with back problems.

Striker Sasa Kalajdzic has made progress in his recovery from an ankle issue. “Things are looking decent for him,” said Matarazzo, “Whether he can play from the start or not is a matter of fitness.” The 44-year-old will also have new signings Juan Perea and Luca Pfeiffer – who have both settled in well – at his disposal in attack. However, Sunday’s game comes too soon for Borna Sosa and Atakan Karazor, both of whom only returned to team training in midweek and remain short of fitness.

Despite the ongoing construction work in the main stand, the VfB players can look forward to a large crowd this weekend – the Mercedes-Benz Arena currently has space for 48,000 fans and the hosts have almost sold out their allocation. “Our fans create the atmosphere – we try to follow suit with the way we play football,” added Matarazzo. “I’m not worried about any drastic changes in atmosphere at the stadium during the rebuilding phase. It’s going to be loud on Sunday too.”