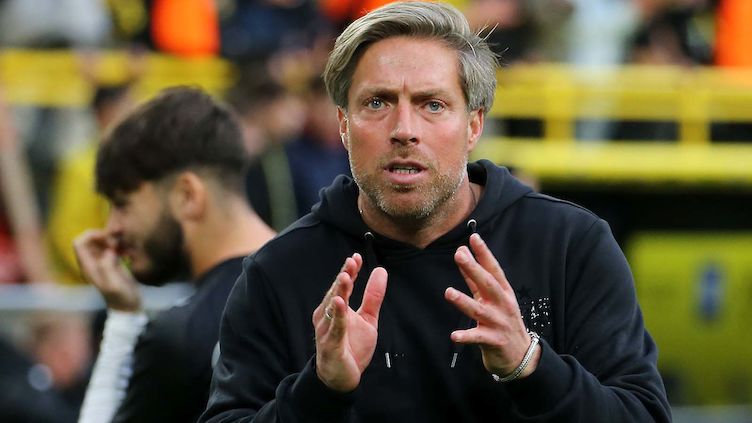 “That’s how I want us to play”

Michael Wimmer on VfB’s final home game of 2022 against Hertha BSC at 20:30 CET on Tuesday.

Head coach Michael Wimmer is expected to have a full squad at his disposal for VfB’s final two Bundesliga games before the winter break, the first of which takes place on Tuesday evening. “Everyone took part in training on Sunday,” Wimmer said before the visit of Hertha BSC. “We’re waiting to see how Enzo Millot, Tanguy Coulibaly (muscle problems) and Daxo Zagadou (illness) get through the sessions.”

Slow starts remain a problem for VfB, who have conceded too many goals in the opening periods of games recently. “We’re dealing with the issue thoroughly – we’ve identified solutions and alternatives and made changes,” explained Wimmer. “These include how we behave out of possession at our opponents’ kick-off, in order to engage in challenges and exert pressure as quickly as possible.”

In Hertha, Stuttgart host their direct rivals in the table in their final home game of the year. “Hertha play a good, intense pressing game, they’re strong after winning possession and have a very good coach on the sidelines [in Sandro Schwarz],” continued Wimmer, who wants his team to pick up where they left off against Augsburg last time out. “We attacked with a lot of momentum in the final minutes against FCA. That’s how I want us to play our football.”