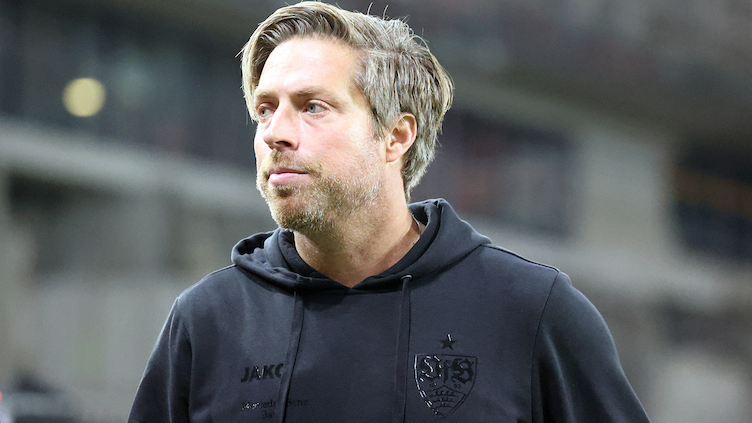 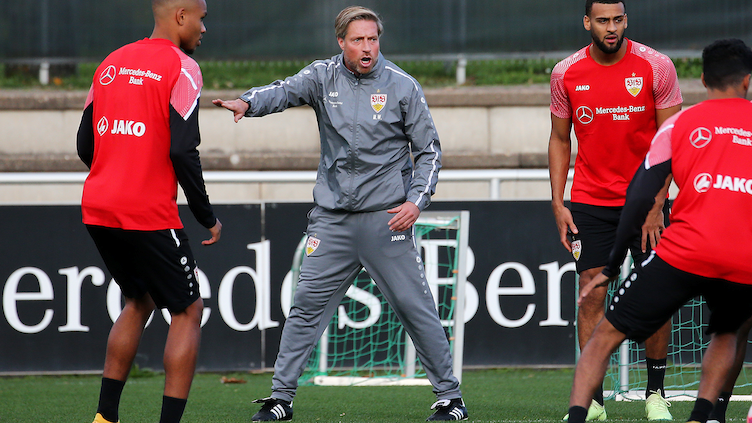 Michael Wimmer previews the home game against FC Augsburg at 15:30 CEST on Saturday.

VfB coach Michael Wimmer is sweating over the fitness of two first-team players ahead of Saturday’s game against FC Augsburg. “Josha Vagnoman, Pascal Stenzel (flu) and Enzo Millot (thigh problem) are still undergoing light training,” said the 42-year-old, who will definitely be without defender Vagnoman this weekend. Stenzel and Millot, however, could be involved if they prove their fitness in time for Saturday.

Wimmer and his players have picked through the bones of last weekend’s defeat to Dortmund in training this week. “We clearly addressed and analysed the mistakes we made against BVB,” the VfB boss continued. “We’ll show a different face against Augsburg. To be specific, that means being compact and supporting one another. It’s about being brave, working with intensity against the ball and going into challenges.”

In Augsburg, Wimmer is expecting to face a team with great pace in possession. “FCA are brave, purposeful and efficient – we’re going to have to stand up to them and throw ourselves into tackles to cope with their direct style of play,” he said. “We have to find moments to attack, assert ourselves and play around them with purpose. We’ll embrace the fight head on.”