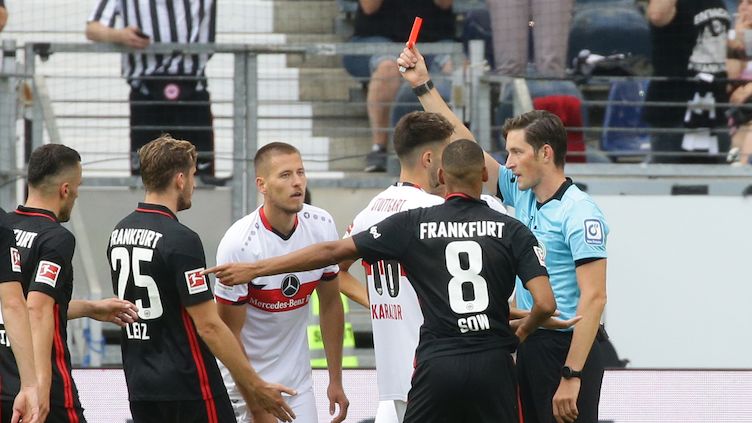 The DFB (German Football Association) sporting tribunal has handed down a one-match ban to Waldemar Anton after his red card in the match at Eintracht Frankfurt.

The 25-year-old was sent off after an incident with Frankfurt’s Rafael Borré which referee Matthias Jöllenbeck deemed to have been a professional foul on the part of Anton. The defender will therefore be unavailable for VfB’s game on Sunday at home to Bayer 04 Leverkusen.