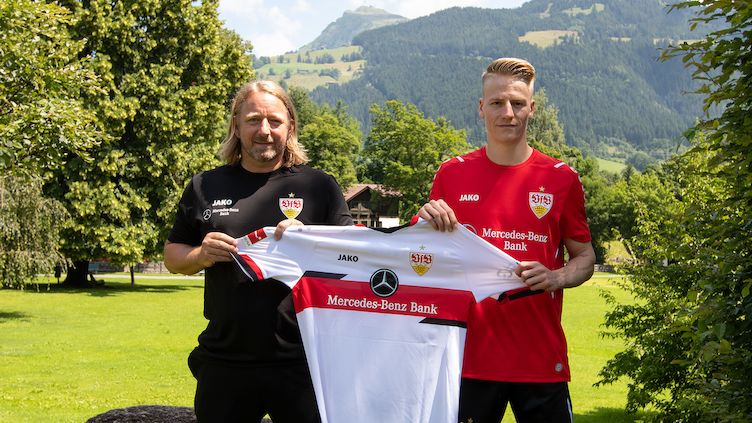 The 23-year-old joins the Cannstatt club from SC Paderborn.

Chris Führich is now a VfB Stuttgart player. The 23-year-old has signed a contract until 2025 and will wear the number 22 shirt. The right winger played in all 34 league matches in Bundesliga 2 for Paderborn last season, scoring 13 goals and assisting seven. With 20 goal involvements overall, he was among the top attacking players in the second tier last term. He also netted once in three cup appearances.

Führich already has a bit of Bundesliga experience, too. As a 19-year-old, he made his debut in the top flight for 1. FC Köln during the 2017/18 season, and made one further Bundesliga appearance that season.

“We’re pleased to have added Chris Führich, one of the most prolific players in Bundesliga 2,” said VfB sporting director Sven Mislintat. “Chris can be deployed in almost any attacking position and also has the mentality that we want in our players.”

“I’m very happy to be here,” Führich commented. “VfB are a brilliant club, who made a lot of effort to sign me. I had a good feeling from the beginning of the talks and can’t wait to get on the pitch with the team.”