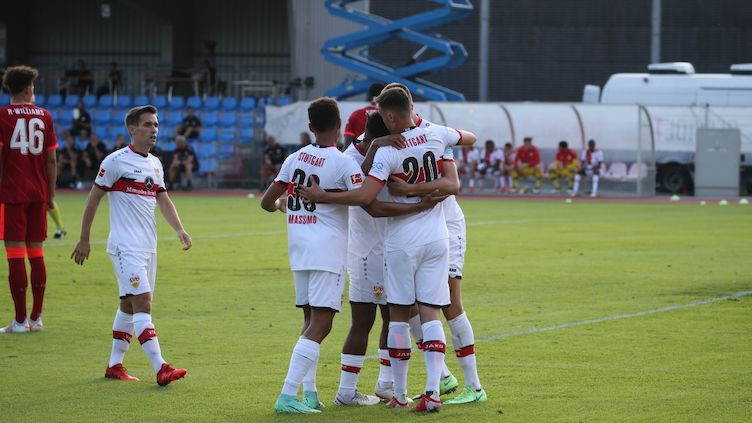 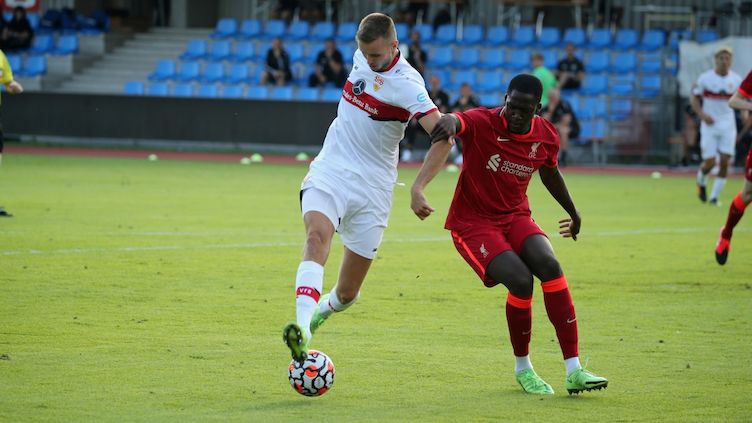 VfB Stuttgart performed well in friendlies against Liverpool and Innsbruck as part of their training camp.

On the fourth day of the training camp in Kitzbühel, VfB Stuttgart played two 30-minute friendlies at a mini tournament in Saalfelden. Pellegrino Matarazzo’s charges faced Liverpool first and went ahead in the fifth minute when Sasa Kalajdzic back-heeled the ball into the path of Philipp Förster, who coolly slotted home. Liverpool equalised in the 20th minute through Sadio Mane and the game ultimately ended 1-1.

A completely different team took to the pitch against Wacker Innsbruck afterwards, with newcomer Chris Führich among the debutants against the Austrian second division side. VfB started brightly and Pascal Stenzel scored in the third minute with a direct free-kick that went in at the near post. The 1-0 victory was enough for VfB to win the mini tournament overall as Liverpool drew 1-1 with Innsbruck.

“We showed great energy on the pitch against Liverpool, and we got forward with purpose, but we also allowed them one or two attacks too many,” said Matarazzo afterwards. “We started well in the second match against Innsbruck and had a good grip on the game, but we didn’t recognise a couple of opportunities to press them. Overall, I’m happy with both games after three intensive days of training.”