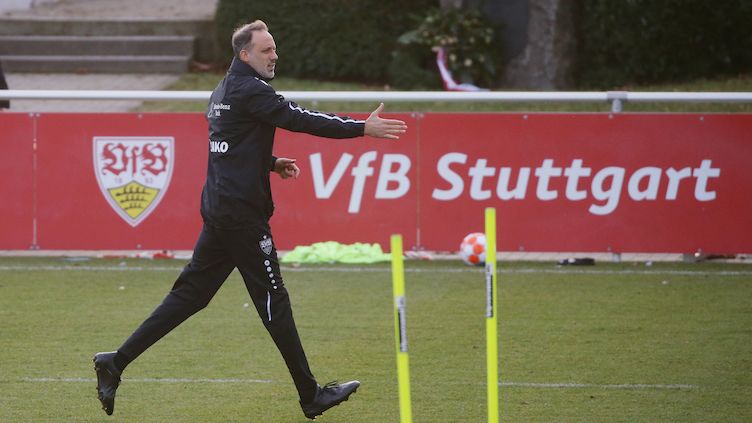 It’s all in the combination

Head coach Pellegrino Matarazzo wants his players to be firing on all cylinders when VfB welcome RB Leipzig to the Mercedes-Benz Arena on Saturday.

Focus, determination and a dash of relaxation – that best sums up the atmosphere in the VfB camp this week, and it is with that precise mixture that Pellegrino Matarazzo is preparing his team for Saturday’s home game against RB Leipzig (kick-off 15:30 CET). “None of us were happy with our performance in Fürth,” said the head coach, who wants to field “11 players who are firing” against Domenico Tedesco’s side. “That’s why we didn’t go easy on ourselves in our post-match analysis. We fancy our chances against Leipzig, though. We’re always capable of causing our opponents problems.”

With two days to go until the game at the Mercedes-Benz Arena, it still remains to be seen which players Matarazzo will be able to choose from. Konstantinos Mavropanos, Mateo Klimowicz and Naouirou Ahamada could all be available after finishing their COVID-enforced isolation. The trio completed parts of team training at the beginning of the week and are now ready to return to full training, fitness permitting.

Wahid Faghir and Silas have also completed their isolation but will not be involved against Leipzig. Waldemar Anton suffered a knock to his calf in Fürth but is expected to take part in this week’s remaining sessions, as is Atakan Karazor.