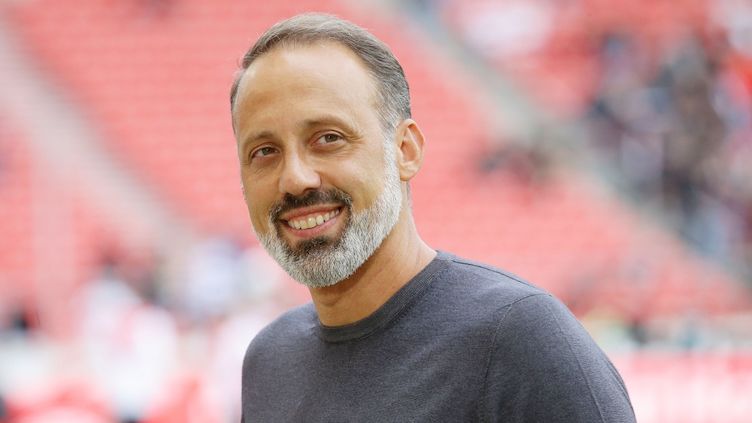 …the squad: “Orel Mangala and Nikolas Nartey are back in full training and therefore available for selection. Chris Führich has returned to training but isn’t taking part in any contact drills yet. He’ll continue to increase his workload in the comings weeks until he’s ready to play again. Ömer Beyaz has been looking good and is in contention for a place on the team sheet.”

…new signings Omar Marmoush and Wahid Faghir: “Omar is obviously making a good impression and already has a good rapport with the squad. He’s definitely an option for the starting line-up. I’ve already held initial talks with Wahid. Because he’s been on international duty, he’ll train with the team for the first time in the coming days and we’ll see how he looks then.”

…the match against Eintracht: “I’m expecting a lively game. For us, it’s about giving everything from the first minute and playing constructive possession football throughout. It’s going to be a very intense game because both teams have ground to make up.”

…the opposition’s approach: “Coach Oliver Glasner did an excellent job in Wolfsburg. In Frankfurt, you can already see signs of the direction they’re intending to go in. Frankfurt run very hard, tackle a lot and are compact in defence.”

Facts and figures ahead of VfB’s trip to Eintracht Frankfurt on Sunday (kick-off at 15:30 CEST).