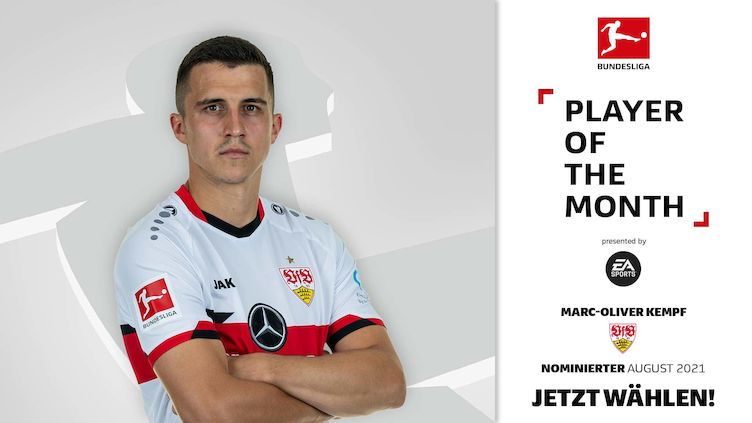 Marc Oliver Kempf has always been strong in the air. At the back, he has the jumping power and physical presence required to snuff out opposition attacks, while at the other end of the pitch, he is a goal threat from set pieces – as he proved on Matchday 1 in the 5-1 win over SpVgg Greuther Fürth, when the 26-year-old twice found the back of the net with headers.

The German Football League (DFL) has now nominated the VfB defender for the August “Player of the Month” award.