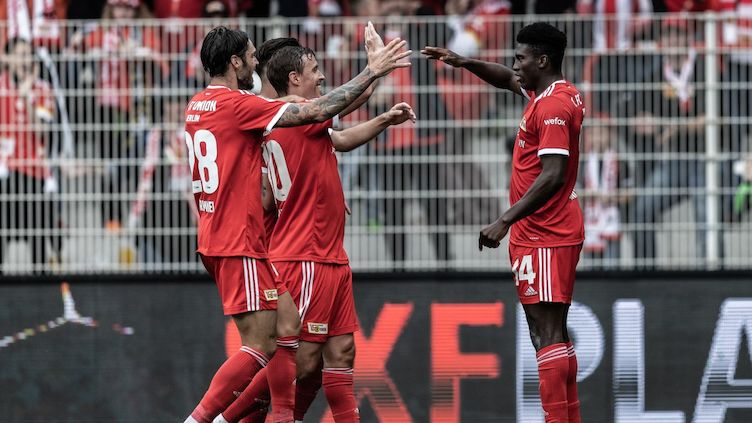 Now in their third Bundesliga season, Union Berlin are more than holding their own once again. A look at the key numbers on die Eisernen ahead of the meeting with VfB.

At 1.97 metres tall, Union goalkeeper Andreas Luthe is the joint-biggest custodian to have featured in the Bundesliga this season together with Wolfsburg’s Koen Casteels.

Union Berlin are in their third Bundesliga campaign. Following promotion in 2019, the capital club have secured their top-flight status early in each of the last two years.

Union have come up against Stuttgart six times in the past, and the record is evenly balanced. Both teams have each won once, with the other four encounters ending in draws.

The Berliners currently have the second-oldest squad in the league with an average age of 27. Only promoted side Bochum have an older squad (27.5).

Six of Union’s 12 Bundesliga goals this term – i.e. 50 per cent – have been scored by striker Taiwo Awoniyi.