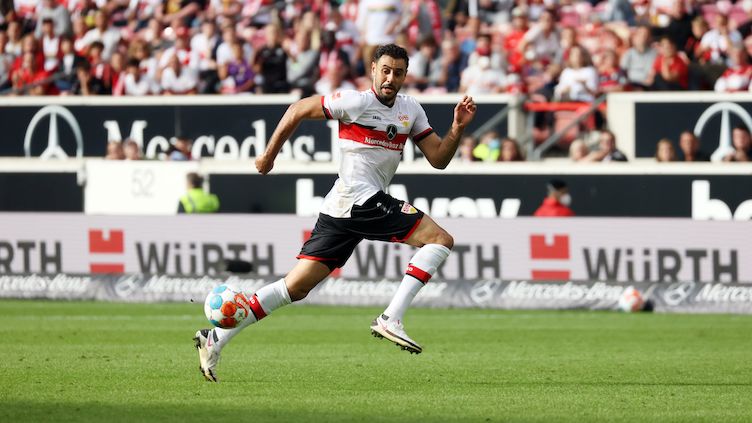 Hamadi Al Ghaddioui is leaving VfB with immediate effect to join Cypriot first-division side Pafos FC. The 31-year-old joined the club in summer 2019 and went on to make 49 appearances in all competitions, scoring 13 goals and setting up another six. The Bonn-born forward’s contract was due to expire on 30 June 2022.

“Hamadi was an important member of our squad in recent years, both on and off the pitch,” said VfB sporting director Sven Mislintat. “He played a significant role in our gaining promotion back to the Bundesliga straight away and even when he was given less playing time, he always put the team first. Hamadi has now been given an interesting opportunity to gain new experiences abroad and also play in Europe if Pafos do well enough in the league. With this in mind, we were happy to agree to his wish for a transfer. We would like to thank Hamadi for his commitment in the VfB jersey and wish him all the best for the future.”