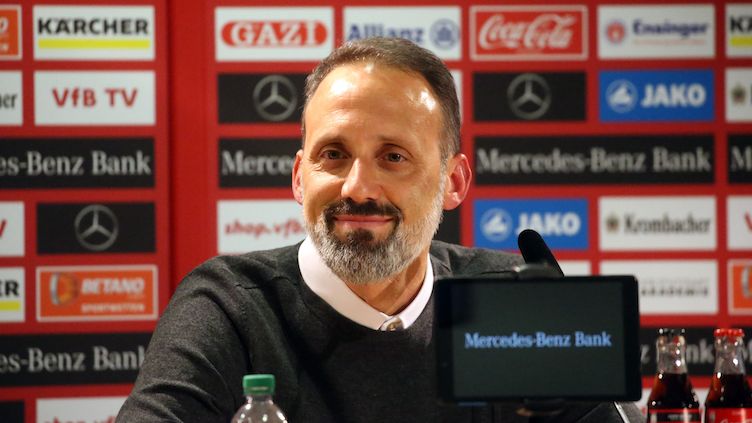 Tough away trip to Bochum

VfB Stuttgart will be the last team in action on Matchday 22 when they travel up to VfL Bochum on Monday, to take on a team that has been difficult to predict this season.

This week saw Pellegrino Matarazzo finally given the one thing to work with that every coach needs and that he had been deprived of since the end of January: time. After four matches in 11 days to get the 2020 part of the season underway, the squad and staff have finally had an entire week to spend on the training field, with VfB not in action against VfL Bochum until Monday at 20:30 CET. “I’m glad that we’ve had a few consecutive days now where it was just about training,” the 42-year-old coach said on Friday, after the squad had worked on some of their own routines as well as preparing for a specific kind of opponent.

While Monday’s match sees teams at opposite ends of the table – one (Bochum) fighting to avoid relegation, the other (VfB) aiming to return to the Bundesliga – lock horns, a trip to VfL is not to be taken lightly. “Bochum have been really up and down in the past few matches. Last time out, they switched between three different formations within the 90 minutes so it’s tough to say how they’re going to set out their stall,” said Matarazzo. “They’re also a real attacking force on their own patch – like us, they’ve scored 24 goals at home.” Bochum have also picked up 15 of their current haul of 23 points at the Ruhrstadion, so he knows how his team will have to approach the match: “We know that once again it’ll come down to defending well and keeping a clean sheet, and then bringing our attacking moves to fruition.”

Matarazzo will have a bigger squad to choose from on Monday with the return of Roberto Massimo. “The muscle tear in his right calf healed more quickly than we expected, and he was back in training with the squad this week. I’m glad that he’s going to be able to get back out onto the pitch,” the head coach said. Marcin Kaminski and Holger Badstuber, meanwhile, are not yet ready for selection after their respective injuries.