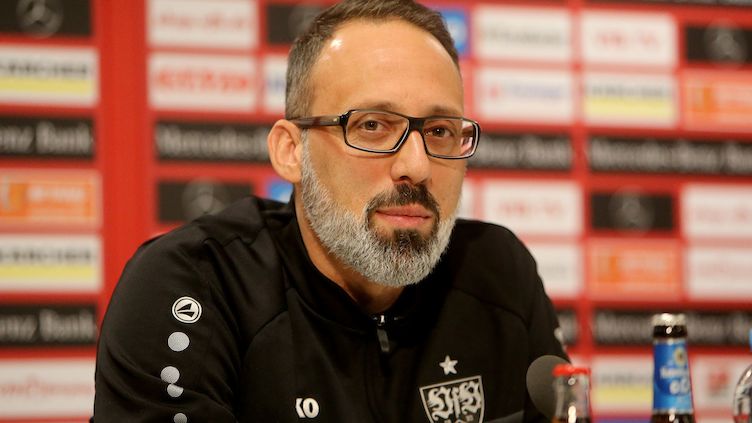 "Show another side to the team"

Sunday at 13:30 CEST will see VfB play another away match, this time at Holstein Kiel, with head coach Pellegrino Matarazzo demanding a different type of performance from his team than they showed last time out against Wehen Wiesbaden.

VfB training was certainly no place for shrinking violets this week. “There was plenty of bite, toughness and also emotion out on the training pitch. Now we’re hoping that we can carry this over into Sunday’s match,” said VfB head coach Pellegrino Matarazzo ahead of Sunday’s clash with Holstein Kiel (kick-off: 13:30 CEST).

“We wanted to have an open and critical discussion with the players – the performance in Wiesbaden was disappointing and so was the result,” Matarazzo continued. “In Kiel we need to show another side to the team. We’ve got to stick together, be resilient and show the right kind of character in the important moments.”

The 42-year-old will have an embarrassment of riches to choose from this time around, with only Borna Sosa (bruised knee) and Maxime Awoudja (torn Achilles tendon) unavailable for selection. Sasa Kalajdzic on the other hand is an option for the 20-man squad. “After his injury though, Sasa will only have enough in the tank for one half so he’s not going to be in the starting line-up,” the coach explained.

Matarazzo is expecting a tough battle on Sunday, saying: “Kiel are good on the ball and they also try to put pressure on their opponents high up the pitch and force them to give up possession. They operate man-to-man in central midfield.” Kiel returned to action after the enforced break with a 2-2 draw against SSV Jahn Regensburg and currently sit eighth in the table.