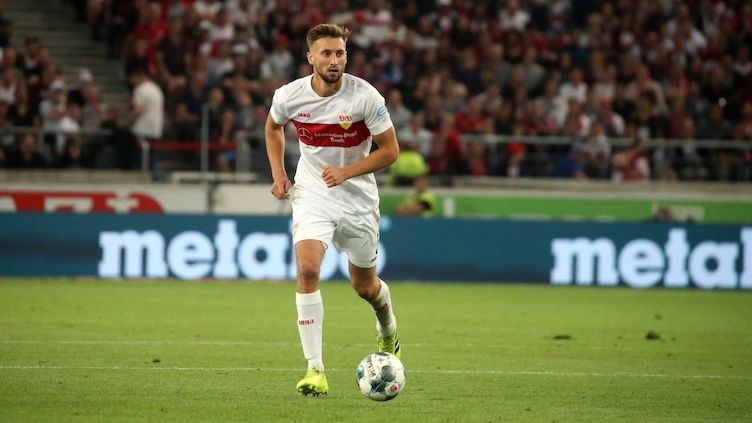 VfB have once again acquired Nathaniel Phillips on loan until the end of the season after he had briefly returned to his parent club Liverpool.

At the end of December, VfB and Liverpool brought a premature end to the centre-back’s loan which had begun in August, due to last season’s Champions League winners being tight on squad numbers. The two clubs agreed, however, that they would look into a new loan for the player, and this has now come to fruition.

Phillips made his first-team debut for the Reds in their 1-0 FA Cup win over local rivals Everton on 5 January, but this Monday he was on a plane to VfB’s training camp in Marbella, where he will link up with his Stuttgart team-mates to prepare for the forthcoming Bundesliga 2 and DFB Cup assignments. To date, the 22-year-old has featured in nine league and two cup matches for VfB.

VfB sporting director Sven Mislintat: “We are very pleased that Nathaniel is available straight away to join our team again after his return to Liverpool. We have had and continue to have a very constructive dialogue that is based on mutual trust with our Liverpool counterparts, and this made it possible to find a solution that benefits all sides at the end of the day.”