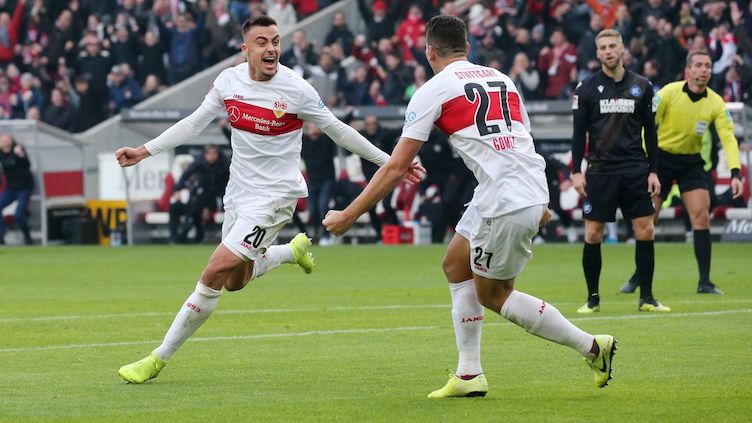 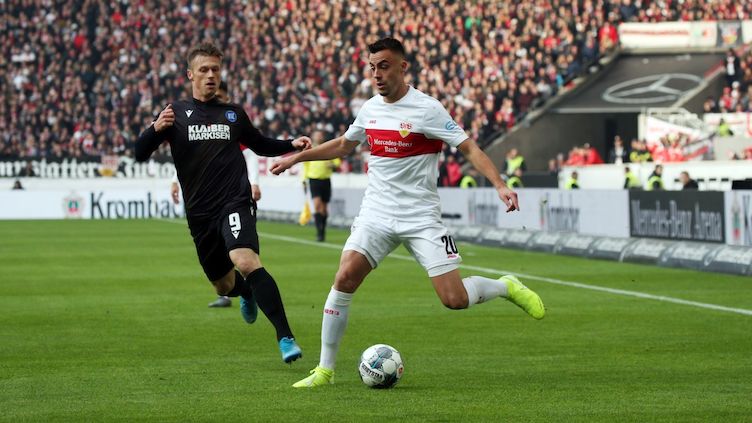 After helping fire VfB to victory in the derby against Karlsruher SC last Sunday, 24-year-old midfielder Philipp Förster is looking to rack up another three points this weekend, this time against his old club.

"It was such a great feeling to win the derby. It was a really important win last Sunday – both in terms of league position and for our confidence. And it was great to treat our fans to something like that."

… making the move from Sandhausen to Stuttgart:

"It’s certainly different from Sandhausen – everything’s that little bit bigger here. The pressure’s also higher, but as a professional footballer, you just have to live with that. We get 60,000 fans at our home matches – it’s just crazy."

"First off I have a lot to be grateful to SV Sandhausen for. They gave me the chance to get established in Bundesliga 2 and I’m very thankful to the club for that. Sandhausen have got a really good team. Up front they have Kevin Behrens, who’s already scored seven goals this season and is a player of real quality, so we’ll have to be solid in defence throughout the match. Sandhausen are also good at the back."

"Sandhausen will likely sit very deep and that means that we’ll have to be patient again and be ready for a long fight. We’d be better off concentrating on our own match and giving it all we’ve got. If we can show the same mentality and willingness that we had last Sunday, then I’m pretty hopeful that we can win in Sandhausen as well."