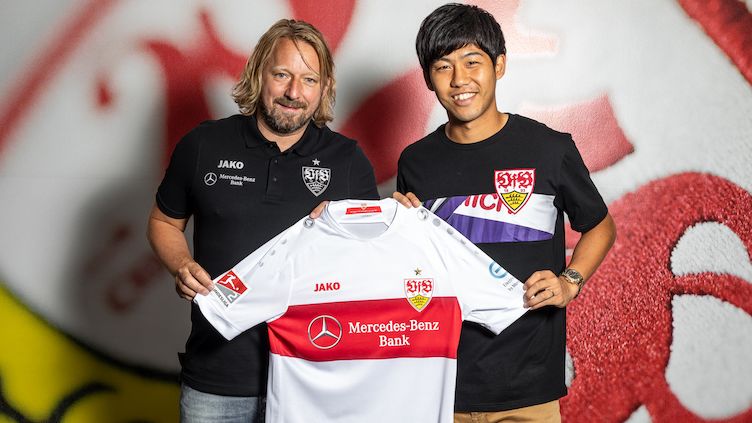 VfB Stuttgart have added Japan international Wataru Endo to their squad, with the the 26-year-old joining immediately on loan from Belgian top-flight club Sint-Truidense V.V. He has signed a contract through to 30 June 2020 and will wear the number 3 shirt.

The 1.78-metre tall right-footer, who can be deployed as a defensive midfielder, right-back or centre-back, joined the youth academy at Japanese club Shonan Bellmare in 2008 and made his senior debut two years later at the age of 17. From 2016 to 2018 he played for Urawa Red Diamonds, where he made 108 appearances in all competitions and won the AFC Champions League in 2017. During this period, Endo also made his senior international debut having previously been capped at various youth levels. He has since racked up 20 appearances for Japan, was part of their 2018 World Cup squad and reached the final of the AFC Asian Cup in January.

Endo made the move to Europe in summer 2018 with Sint-Truiden, where he has made 31 appearances in all competitions, including three in the opening weeks of the new Jupiler Pro League season.

VfB sporting director Sven Mislintat: "It’s a signing we’ve been working on for a long time. We’ve been following Wataru’s development over a long period. Every club wants to have such versatile players in their ranks."

Wataru Endo: "VfB are a club with a long tradition and one where a number of Japanese players have played in the past. For that reason, the club is pretty well known in Japan as well. I want to do my bit to help VfB return to the Bundesliga."