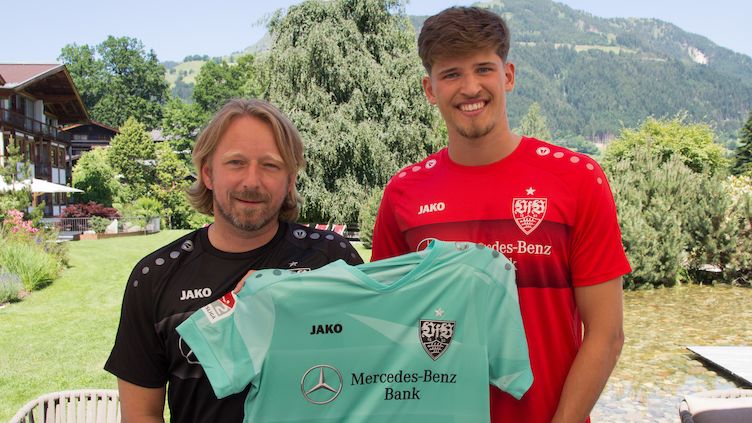 Gregor Kobel has agreed a move to the Cannstatt club on loan from TSG 1899 Hoffenheim for the 2019/20 season.

The 21-year-old came through the youth ranks at Grasshopper Club Zürich before joining Hoffenheim in 2014, where he made his senior debut three years later. Since then the goalkeeper has played in 17 Bundesliga matches for Hoffenheim and FC Augsburg, where he was on loan for the second half of the 2018/19 season, as well as in six DFB Cup outings and one UEFA Europa League appearance. Kobel has also earned 25 international caps at youth level for Switzerland, ranging from the U-17s up to the U-21s.

"Gregor's exactly what we were looking for in a goalkeeper. He's one of the most talented players of his age group and he caught the eye with his performances over the past few months. We're happy to be able to continue the club tradition of recruiting very good Swiss players."

"I'm delighted the transfer to VfB Stuttgart has been completed because I think the conditions are perfect here for me to continue my development. VfB are a big club with a rich history and they're aiming to get promoted straight back up to the Bundesliga this season. I'll give my all to make that happen."