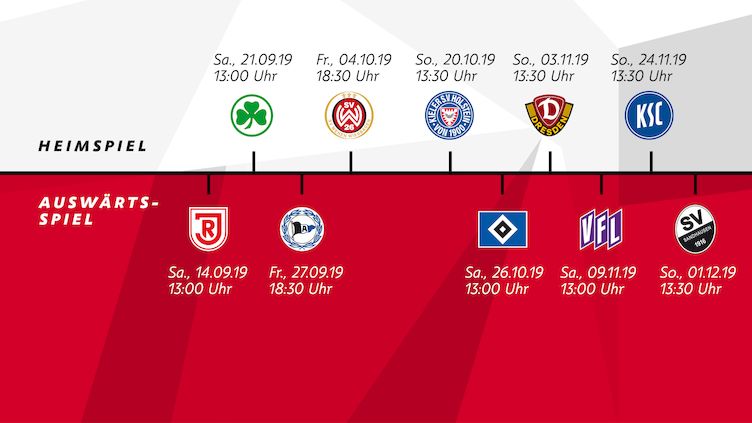 Between early October and early December, VfB will play one Bundesliga 2 match on a Friday, two on a Saturday and four on a Sunday.

VfB’s visit to Hamburger SV has been arranged for Saturday 26 October at 13:00 CEST – three days before the sides meet again at the Volksparkstadion in the second round of the DFB Cup (kick-off 18:30 CET). Elsewhere, the home match against Karlsruher SC will be played on Sunday 24 November at 13:30 CET.

VfB’s fixtures for the first half of the season: