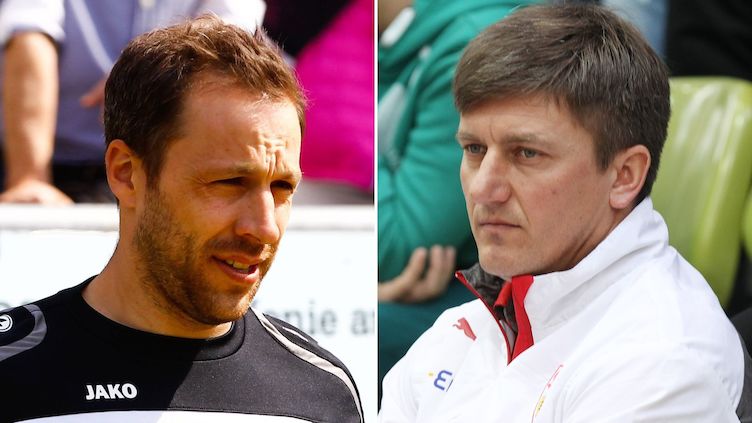 On the day after Tayfun Korkut was presented as the new head-coach, the new trainer-team was completed. Ilija Aracic and Steven Cherundolo immediately take on the role as co-trainer. 47-year-old Ilija Aracic, just like Tayfun Korkut, is no stranger to the training grounds on Mercedesstraße. From 2012 until 2015, the Croatian coached VfB’s Under 19s. Since 2016, Aracic has been head-coach of Bavarian Regionalliga (fourth division) side FV Illertissen. As a player, the former striker made 25 Bundesliga appearances for Hertha BSC (6 goals) and made 98 '2. Bundesliga' appearances for Chemnitzer FC, Tennis Borussia Berlin and Arminia Bielefeld (15 goals).

Steven Cherundolo was most recently coach of the Under 17 selection from Hannover 96. The 87-time US-international was a professional in Lower Saxony from 1999 until 2014, making 302 Bundesliga and 68 second-flight appearances for Hannover. The now 38-year-old is Hannover’s all-time record appearance maker in Germany’s top-flight. From 2010 until ending his active playing career in 2014, Cherundolo was H96 captain.