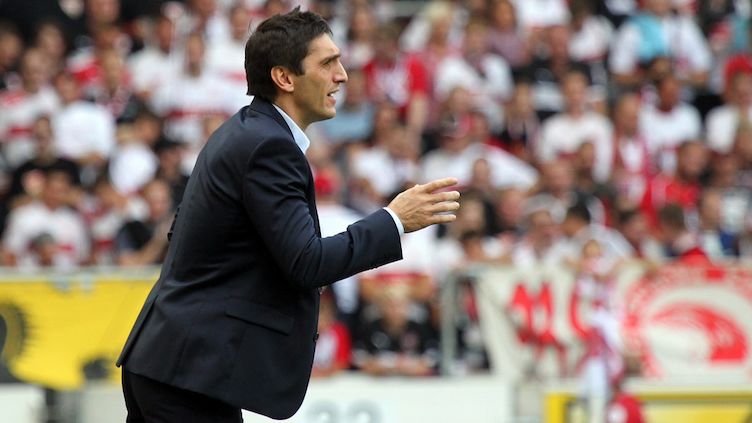 The 43 year old from Stuttgart returns to VfB and has signed a contract until summer 2019.

Tayfun Korkut is new VfB Stuttgart head-coach! The 43-year-old has signed on with the Cannstatt Boys until summer 2019 and will take his first training session with the Bundesliga side on Tuesday. Tayfun Korkut grew up in Ostfildern and began playing club football as a youngster with TB Ruit.

Korkut spent his first year in professional football at Stuttgarter Kickers, bevor moving on to Turkish first division club Fenerbahce Istanbul as a 21-year-old in 1995. During the course of his active playing career, Korkut spent periods at Real Sociedad San Sebastian, Espanyol Barcelona, Besiktas Istanbul and Genclerbirligi Ankara, being coached at different periods by World Cup winning trainers Joachim Löw and Vincente del Bosque. In addition, Tayfun Korkut was a long-term member of the Turkish national team selection, participating in European Championship finals in 1996 and 2000.

After hanging up his boots, he then began his coaching career as a youth team trainer at Real Sociedad San Sebastian. Following a period as a youth team coach at TSG Hoffenheim, in 2011, Korkut took over the VfB Under 19 side. From 2012, the football-tutor was also cop-trainer of the Turkish national team. Subsequently he filled head-coaching roles at Hannover 96, 1. FC Kaiserslautern and Bayer 04 Leverkusen.