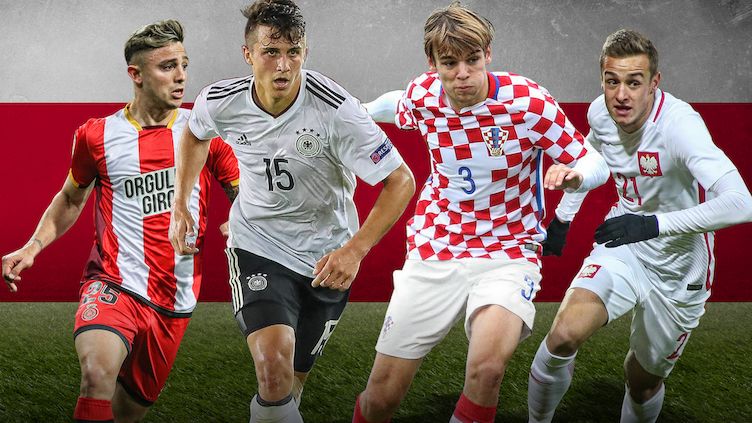 New signings for the coming season 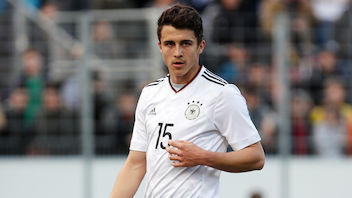 Marc Oliver Kempf makes the move to VfB for the new season and has signed a four-year deal, valid until June 30th, 2022. The 23-year-old central-defender is currently under contract with SC Freiburg. The 1,86 meter tall left-footer has made 73 competitive appearances for Freiburg, scoring seven goals and providing three assists. The Under 21 European champions played his way through all of Germany‘s national youth teams. At VfB, Marc Oliver Kempf will wear the number 4 jersey.

"We’ve had an eye on Marc Oliver Kempf for quite some time and consider him to possess great potential. He is amongst Germany’s most interesting young defenders and we are delighted that, in spite of having several offers from other clubs, he opted for VfB. His move here is further confirmation of how attractive VfB has become."

"I had a wonderful time in Freiburg and ensuring top-flight survival was a very suitable finish. I am now looking forward to playing for VfB Stuttgart in the coming season. I have the feeling that something very special is brewing at VfB and I believe I can have a part to play in the club’s success." 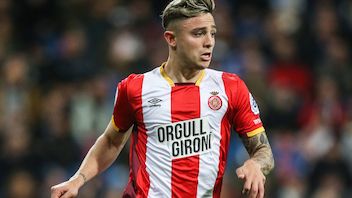 Pablo Maffeo makes the move to VfB as from July 1st, 2018. The four-time Spanish Under 21 international makes the move to VfB from English champions Manchester City and has signed on in Stuttgart until June 30th, 2023. This season, the 20-year-old right full-back was on loan at FC Girona, where he made 32 appearances in Spain’s „La Liga“.

"There were several offers for Pablo Maffeo from England and Spain, but he chose VfB. Pablo is a player with a big heart and immense power – he has a massive future as a full-back. I would like to take the opportunity to express my gratitude to Manchester City, in particular Txiki Begiristain and Pep Guardiola, for their partnership in the professional transfer completion and their support."

"Pep Guardiola told me a lot of positive things about the Bundesliga and those responsible at VfB made a very concerted effort to secure my signature. From the videos of their home games, I saw just how significant VfB is and how impressive the atmosphere is in the stadium. I want to help VfB continue their very positive recent developments." 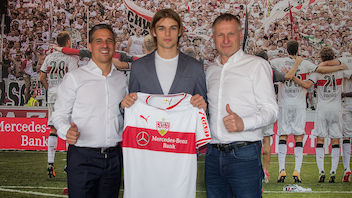 Borna Sosa makes the move from Croatian club Dinamo Zagreb to VfB, where he has signed on until June 30th, 2023. The 20-year-old left full-back learned his trade in Zagreb’s youth teams, going on to play 21 games in Croatia’s top-flight this season. Borna Sosa has also won eight caps with Croatia’s Under 21s. At VfB, the new man will wear the number 24 jersey

"Borna Sosa is extremely interesting for the future and could prove very valuable to VfB in the coming season too. Borna is considered one of the most promising young full-backs in Europe."

"I heard a lot of good things about VfB from Josip Brekalo. I am really looking forward to my new team mates, the Bundesliga and of course the VfB fans. I also know the city a little too, as I visited Josip during his time here with VfB." 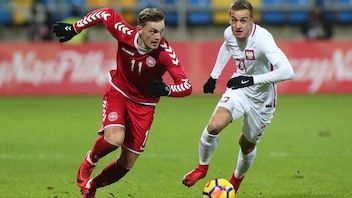 Midfielder David Kopacz moves from Borussia Dortmund to VfB. The 18-year-old from Iserlohn came through BVB’s youth development programme and has already played two games in Poland’s Under 21 national team. The right-footer has signed a four-year deal with VfB until June 30th, 2022.

"David Kopacz is a very talented, versatile player with great promise for the future. In the coming season, he will be a member of the squad of licensed players. We want to guide him into the Bundesliga gradually."

"Borussia Dortmund was an important station for me, but I am now looking forward to playing for VfB in the Bundesliga. Stuttgart have always provided great prospects for young players, so I am very positive that we can look forward to a bright future together. I intend to do my all to take my chance and prove successful with VfB." 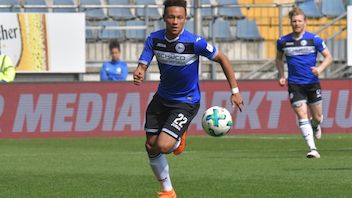 VfB have signed Roberto Massimo from Arminia Bielefeld. Roberto Massimo has signed a long-term contract with VfB, but will be released on loan to Arminia Bielefeld for the coming season at least. The 17-year-old right full-back has played 18 games for Bielefeld’s Under 19s in the ‘Junioren-Bundesliga West’ and also made seven appearances with Arminia’s first-team in the ‘2. Bundesliga’.

"Roberto Massimo has the prerequisites to establish himself in the Bundesliga in the coming years. We are delighted about the signing of such a highly-talented youngster and about the transfer-solution with Arminia Bielefeld. At the moment, there is no club where Roberto would be better off than Arminia Bielefeld, with coach Jeff Saibene. For that reason, Roberto will be released on loan to Arminia Bielefeld for at least the coming season, to provide him with the opportunity to develop further in a familiar environment."