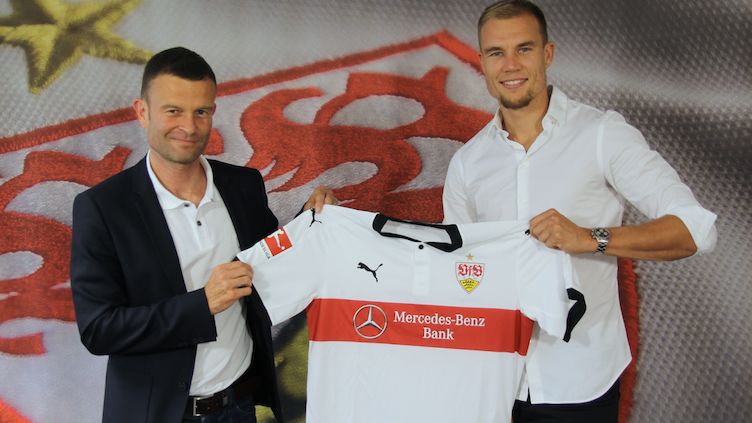 Holger Badstuber is a VfB player with immediate effect. The 28-year-old has signed a one-year deal with the Cannstatt Boys and will wear the number 28 jersey.

Holger Badstuber played in VfB Stuttgart youth teams from 2000 until 2002, before moving on to FC Bayern Munich. The defender made his professional debut with FC Bayern in August 2009. Over the following seven years, Badstuber made 177 appearances for Germany’s all-time record title holders, scoring two goals along the way.

Holger Badstuber became a five-time German championship, three-time DFB-Cup and two-time Supercup winner with the Bavarians. In addition, the centre-half won the Champions League with the Munich club in 2013. Last season, Holger Badstuber made twelve appearances for FC Schalke 04.

The 20-year-old won a total of 13 international caps with German youth teams between U19 and U21 level. In 2010, coach Joachim Löw gave the defender his ‘A’ international debut in a friendly game against Hungary. Since then, Holger Badstuber has played 31 games for his country.

Jochen Röttgermann, Director of Marketing and Sales:
"In Holger Badstuber, we have secured the services of a player with exceptional quality. Holger knows the Bundesliga and VfB. Along with his sporting abilities, he also adds routine and experience to our squad. We are delighted that he will be wearing the VfB jersey in the future."

Holger Badstuber:
"No-one should ever forget their roots – and I haven’t either! VfB was and is something very special to me and the club had an immediate impact on me emotionally. The region, the fans, the mood of optimism… I can hardly wait to get stuck in!"