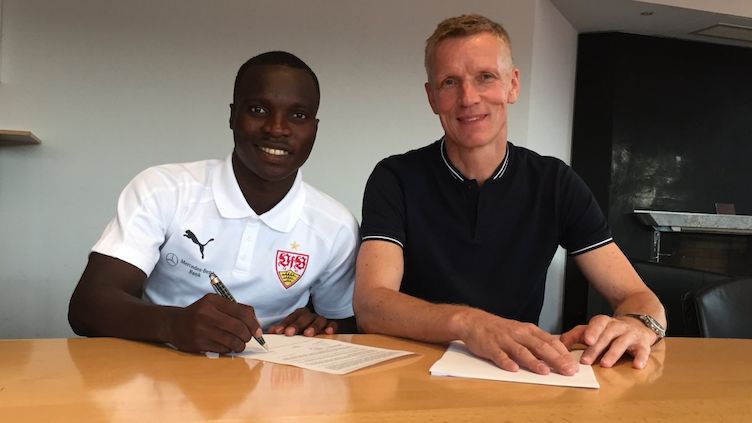 The 22-year-old attacker has signed a four-year deal with VfB and will wear the number 19 jersey.

VfB and FC Sion have agreed terms on the transfer of Chadrac Akolo. The 22-year-old attacker has signed on in Stuttgart for four years and will wear the number 19 jersey for the Cannstatt Boys. The details of the transfer remain undisclosed.

Chadrac Akolo was born in Kinshasa on April 1st, 1995 – moving to Switzerland as a 15-year-old. After two years in the youth teams at FC Bex, in 2012, the attacker moved to FC Sion, for whom the 1,72m tall striker made his Swiss Super League debut in May 2014. In the latter half of the 2015/2016 season, Chadrac Akolo was released on loan to second-flight Xamax Neuchâtel. In 16 games in the Challenge League, the Congolese scored nine goals and provided three assists.

Jan Schindelmeiser, VfB Sporting Director:
"Chadrac Akolo has developed very well over the past two seasons and we have every fate in his ability to continue that development in the Bundesliga. Chadrac is happiest in a wide attacking position, he is a good assist provider and also has a good goal tally."

Chadrac Akolo:
"I had a really nice and successful time in Switzerland, which I am very thankful for. Now I am looking forward to the challenge in the Bundesliga and at my new club VfB Stuttgart. I would like to get to know my new team mates at the up-coming training camp and, over the next few weeks and months, play my part in ensuring that we have a good season."