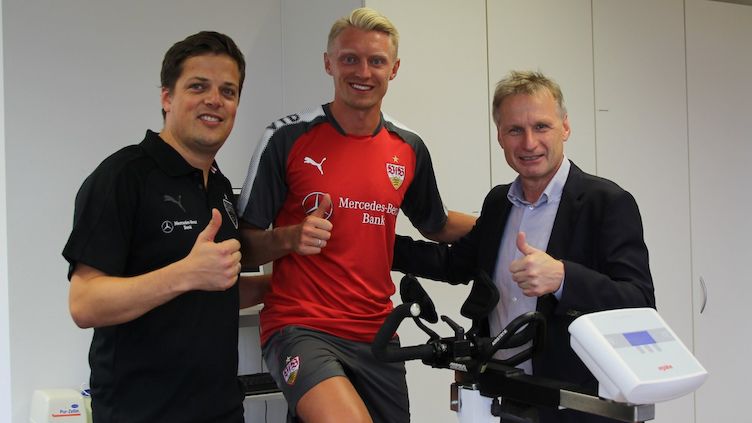 The defender has returned to his boyhood club.

He wore the shirt with the red hoop during his youth, and now he’s back at Stuttgart: Andreas Beck has moved from Besiktas to Bad Cannstatt on a two-year deal. He will wear the number 32 shirt.

Andreas Beck can look back on some successful years at VfB, where he played through the youth teams up to the first team in the Bundesliga between 2000 and 2008. He celebrated the German league title with the U17 team in the 2003/2004 season and then won another national title a year later with the U19s.

However, the high point of his career was undoubtedly winning the Bundesliga title with Stuttgart in 2007, when he was still a youngster in the squad. Since then he’s become an experienced and well-established player who’s also had success abroad. After seven years at Hoffenheim from 2008 to 2015, he moved to Besiktas where he’s been a Turkish title-winner in the last two seasons as well as winning the cup. Beck made 76 appearances for the Istanbul side, including games in the Champions League and Europa League.

The 30 year-old will be reunited with a few old faces at VfB, including Dennis Aogo with whom he played at the 2009 U21 European Championship, a tournament that Germany won.

Michael Reschke, VfB Stuttgart sporting director:
“It was a surprise for us when the opportunity arose to bring Andreas Beck back to the club from Turkey. Andi brings a lot of experience, a high level of commitment and the right mentality to be an important and stabilising influence in our team. We also like him as a person and are very happy that we pulled this transfer off at the last minute.”

Andreas Beck:
“I’m very happy to be back in Stuttgart. I come from the area and I took my first steps as a professional here, so it’s a very emotional return for me. I was happy in Istanbul and at Besiktas – and wouldn’t have signed for any other club. Of course I’ve followed VfB’s progress very closely and cheered on during the promotion season. It’s extremely impressive how the fans have created this great enthusiasm for the club in the region. I’m looking forward to being a part of that and I’ll give everything on and off the pitch to achieve success.”