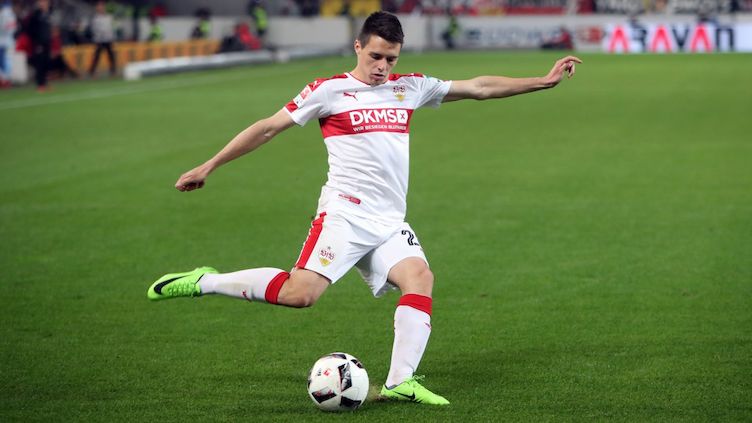 The 19 year old leaves VfB in the winter break and returns to VfL Wolfsburg ahead of time.

Josip Brekalo is to leave VfB during the winter break and return to VfL Wolfsburg. The loan transfer of the 19-year-old from VfL Wolfsburg to VfB was initially agreed until 30.06.2018, but now all parties have agreed terms on the winger’s immediate return to Wolfsburg. Josip Brekalo made the move to Stuttgart in January 2017 and played 27 games for VfB.

Michael Reschke: "Josip made an impression at VfB and has developed significantly. At the beginning of next season, he would have returned to Wolfsburg contractually anyway. With that in mind, we agreed to the request of VfL Wolfsburg and the player to dissolve the loan deal prematurely."

Josip Brekalo: "I will always have positive memories of the time I spent at VfB Stuttgart and I wish the club all the very best for the future. I would also like to thank VfB for agreeing to my early return to VfL Wolfsburg."