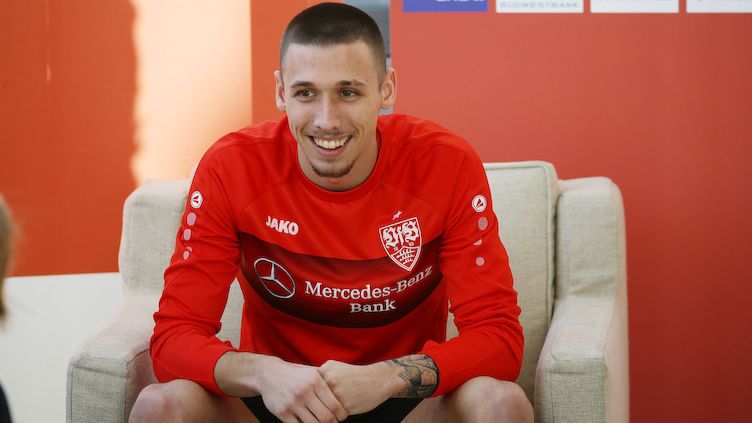 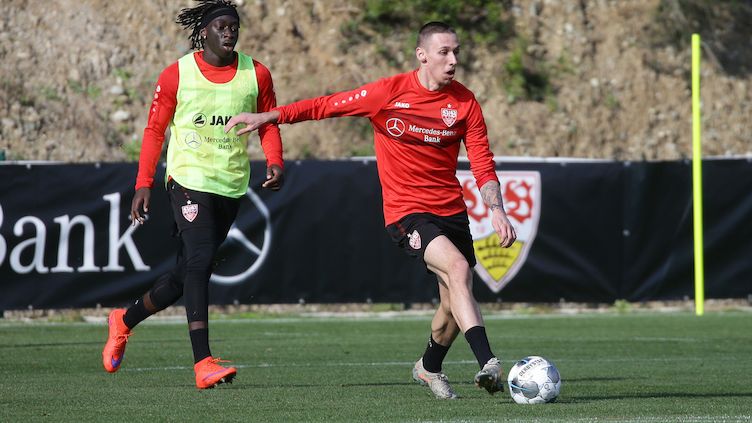 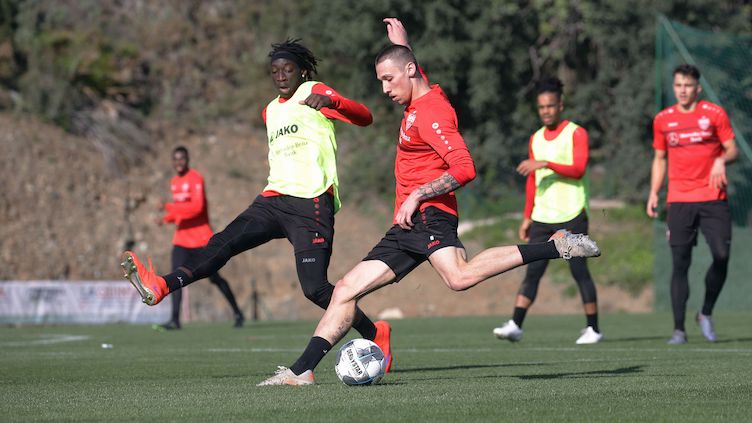 Up for the fight

Since making the move from 1. FC Köln to VfB, Darko Churlinov has had a few days to get to know his new colleagues, and he has already taken a very direct approach to the task that lies ahead of him.

Churlinov is used to having to knuckle down and get on with things. When he was 13 years old, he left his family and his home in North Macedonia to try to forge a career as a footballer in Germany. Despite having no knowledge of the language, he moved in with a host family and turned out for F.C. Hansa Rostock’s U-14s before being picked up by 1. FC Magdeburg.

The past three years have seen him plying his trade with Köln, making his Bundesliga debut at the beginning of this season and scoring six goals in nine matches for the second team, having been top scorer in the A-Junioren-Bundesliga West the previous term. Now 19, he has managed to establish himself on the German football scene thanks to his commitment and sheer willpower.

The midfielder has already made a name for himself with his pace as well as his ball skills. He feels most at home on the left flank, but as he says: “I can also play through the middle. It’s important to be flexible.”

Churlinov has already made his full international debut for his country, and cites the likes of Ronaldinho as players he watched growing up, attempting to take on aspects of their style of play and adapt them to his own. “He’s the reason why I started playing football,” he says, before adding that he also looks up to one of his new team-mates, namely Mario Gomez, describing him as  “one of my idols”.

Churlinov began training with his new team-mates on Tuesday and is now keen to prove his worth for VfB. “The lads have been very welcoming. I’m looking forward to what lies ahead with VfB. I always want to give 100 per cent and make sure that what I do helps the team. I think I’ll have a very good opportunity to develop here and I can still improve in every aspect of my game.” Churlinov and the rest of the squad will be at a training camp in Marbella until 19 January.