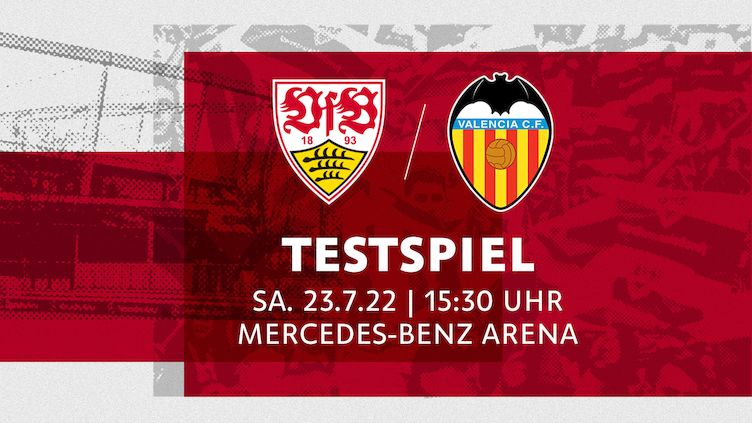 VfB will welcome Spanish top-flight side Valencia CF to the Mercedes-Benz Arena on Saturday 23 July 2022.

VfB’s next summer friendly has been finalised, with the boys from Cannstatt set to test themselves against Valencia CF on Saturday 23 July 2022 at the Mercedes-Benz Arena (kick-off 15:30 CEST).

The tradition-steeped club from the port city on the Mediterranean finished in ninth place in the Primera Division last season.

VfB will also play a friendly against Wehen Wiesbaden on 6 July, but the match will be held behind closed doors due to organisational reasons.